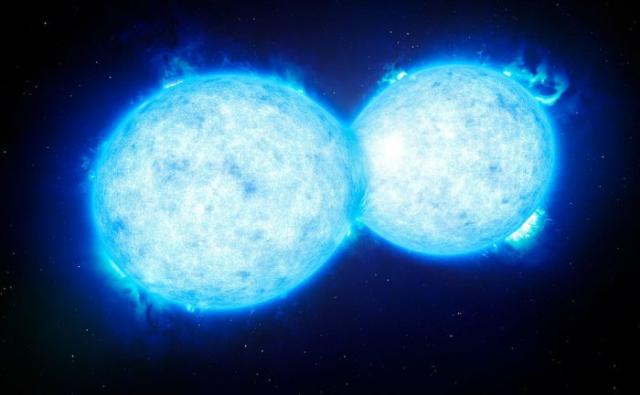 Professor, Calvin College, USA, Larry Molnar together with his students and colleagues of the Observatory, Apache point and the University of Wyoming (USA) for predicting the flash in the night sky, which is visible to the naked eye.

“There’s one chance in a million to make a prediction of the explosion, said Molnar about his bold prediction. – Previously, this has never been done before”.

Forecast Molnar is that one double star (two revolving around each other stars), which the scientist observes, merge together and explode in 2022, plus or minus one year, during this outbreak the brightness of the stars will increase ten thousand times, making it one of the brightest stars in the sky during this period of time. This star will be visible as part of the constellation of the Swan and will add another bright star to the famous asterism the Northern cross.

Molnar and his colleagues drew attention to the star KIC 9832227 in 2013 and from this time began to make observations that have revealed that this star is actually a close binary star in which two stars share a common atmosphere, like nuts, peanut shell in General. The orbital period of these stars according to the observations conducted by the space telescope NASA “Kepler”, was only 11 o’clock and, to the surprise of the Molnar and his team, slowly but surely declined.

This fact has forced researchers to pay attention to the early work of astronomer of Taylend Romuald (Romuald Tylenda), who studied the explosion of another star, V1309 Scorpion, like red new. Comparison of events preceding the explosion, with the events observed by the team Molnar for the stars KIC 9832227 demonstrated surprising similarities. It made the Molnar on the idea that the star KIC 9832227 soon awaiting the inevitable explosion.

To prove their newly born hypothesis Molnar was monitored during four subsequent years, up to the present time, the changes of the orbital period system KIC 9832227 and carried out other observations, which enabled him to exclude a number of alternative scenarios for the evolution of this system. These observations showed that the orbital period of the system is reduced in accordance with the model of Molnar, which inspired him to make the other day my bold prediction.

In the coming years, Molnar and his coauthors are willing to devote themselves to the research of the stars KIC 9832227, which may allow to further confirm their prediction.