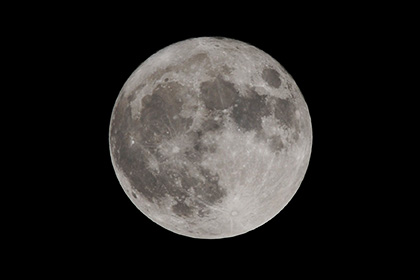 Netherlands geophysics have shown that in a cloak of the ancient Moon there was a lot of water. The research is published in Nature Geoscience.

The data obtained by scientists show that earlier the ocean of a cloak on the satellite contained from 270 to 1650 parts of water on one million. Have come to the conclusions of geophysics, having made the laboratory experiments imitating early conditions on the satellite of Earth.

Experts have considered two scenarios of formation of external bark of the satellite connected with crystallization of the cooling-down lava. In the first case thickness of the firm surface created by a plagioclase has made 68 kilometers, in the second from 34 to 43 kilometers.

Unlike the first scenario, the second situation assumed that the cloak of the ancient Moon contained a lot of water. It corresponded to thickness of the crust observed on the modern satellite of Earth by the mission of GRAIL (Gravity Recovery and Interior Laboratory).

Scientists believe that at early stages of development the chemical composition of the Moon and Earth resembled that speaks about a community of their origin.