In ancient Egyptian potions found a powerful cure for cancer 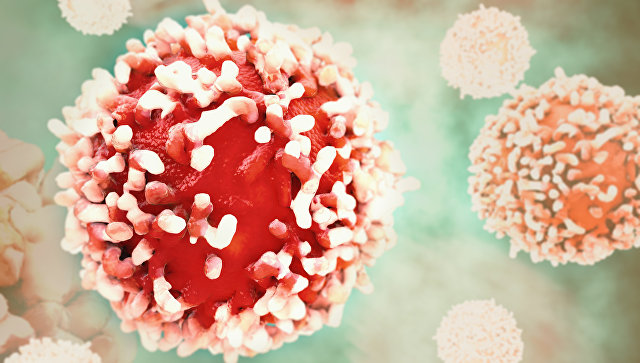 Russian molecular biologists have discovered a substance that can “disconnect” proteins that interfere with chemotherapy to kill cancer cells, and successfully tested its work on colon cancer cultures. The “recipe” for the assembly of its molecules was published in the journal Oncotarget.

“Chemotherapy, which is used by doctors today, causes significant side effects and is difficult to tolerate by patients.The use of substances that suppress the cell protection system, including CL-43, will significantly reduce the doses of antitumor drugs without losing their effectiveness,” said Irina Guzhova from the Institute of Cytology RAS, whose words are quoted by the press service of the Russian Science Foundation.

Defense of a tumor

Molecular biologists from Moscow, Chernogolovka and St. Petersburg under the guidance of Guzhova have been working for several years to develop drugs that would increase the effectiveness of chemotherapy, blocking the action of specific enzymes that protect the proteins of cancer cells from further damage.

In normal cells, these molecules, the so-called chaperones or heat shock proteins, help them to protect themselves from various adverse environmental factors. Powerful heat pulses, ionizing radiation or simply aggressive oxidants destroy a large number of important molecules when they enter the cell, and chaperones help it to repair these injuries and cause the “broken” proteins to take the right shape.

When the same cells “rebel” and turn into the ancestors of tumors, chaperones begin to protect them from the effects of chemotherapy and radiation, with the help of which doctors are trying to destroy the cancer. Since the level of activity of such protective proteins in cancer cells is much higher than in their “normal” neighbors, their destruction becomes a nontrivial task.

Scientists, as Guzhova notes, have long been trying to solve this problem by creating substances that block the synthesis of chaperones or destroy their molecules inside cancer cells. The problem is that all existing compounds of this kind are dangerous not only for cancer, but for all other cells, which does not allow them to be used to suppress the “invulnerability” of tumors.

The power of the milkweed

Russian biologists were able to solve this problem by modifying the DNA of cancer cells in such a way that they began to glow when the heat shock proteins were activated. This allowed them to quickly check which of the approximately one thousand existing medicines interfere with the work of chaperones, and find the most effective and safe ones, observing the tarnishing of cells.

These searches led Guzhova and her team to the substance CL-158, a natural steroid, analogues of which are contained in the milk and in the body of some insects. This drug well suppressed the work of chaperones, but it decomposed when it hit the water, which made it unsuitable for medical purposes.

After studying its structure, biologists identified a key part of CL-158 and created five dozen new versions of this substance, more resistant to water. Only one of them, CL-43, proved to be sufficiently stable, effective and at the same time safe for normal cells.

His work was checked by Russian researchers on cultures of colon cancer cells, which they tried to destroy with the help of popular anti-cancer drugs such as doxirubicin. Adding small amounts of CL-43 to the nutrient medium increased the efficiency of chemotherapy by 1.5-2 times and accelerated the death of cancer cells, which confirmed the conclusions of scientists.

As scientists hope, this drug or its more effective versions will make chemotherapy less unpleasant and safer for patients in the coming years. The hope is that CL-43 analogues have long been used in medicine for the treatment of heart disease, and ancient Egyptians used extracts of milkweed and other plants containing such substances as detoxicants and stimulators of blood flow.