In August, for the Earth will be shed Perseid meteor shower 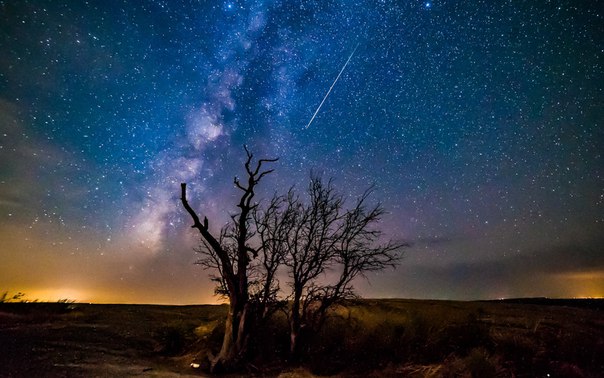 Perseid meteor shower, which can be observed annually in August, in this year promises a spectacular show. However, in order not to miss the space spectacle, when the Earth will pass through the dust tail of the comet Swift—Tuttle in advance to understand exactly when, where, and how it is best to observe the Perseids.

According to researcher of meteors from NASA’s bill cook, the Perseids are the most popular among Amateur astronomers and professionals meteor shower year. In 2016, according to experts, is expected to present “the explosion” Perseid, it is possible to observe two times more meteors than usually: the speed of the meteoroid stream may reach 200 meteors per hour. This deep space show in previous times it was possible to observe in 2009.

Bill cook explained that such an “explosion” in meteor the stream came under the influence of Jupiter — the force of attraction of the giant planet makes dust particles of the comet’s tail to concentrate in a particular zone.

The earth will pass through the comet’s tail Swift-Tuttle from 17 July to 24 August, the peak of a meteor shower will fall on 12 August, when the planet will be in the most dusty region of the tail. This means that in this period it is possible will observe the greatest number of meteors in a short period of time. However, some time before and after the peak moment in the night the sky will erupt meteors, albeit with less frequency.

Because this year the full moon falls on the 18th August, it is best to postpone the monitoring until the new moon so bright moonlight not quenched the light of the falling meteors.

Where and how to watch?

Better just watch the Perseids in the Northern hemisphere of the Earth and up to the southern latitudes. No special devices for observing meteor rain is not required. Enough to wait for darkness to settle sit back and be patient. Experts warn that the human eye takes about half an hour to adjust to darkness, so the longer you will be on the street, the more the meteors you will be able to discern in the starry sky.

The comet Swift-Tuttle is the largest object known astrophysicists, which regularly flies by the Earth; the diameter of its nucleus is about 26 kilometers. The last time it approached the Earth on the closest distance in 1992, and the next time it will happen in the year 2126.