In Australia, recorded the brightest of the known fast radio flares 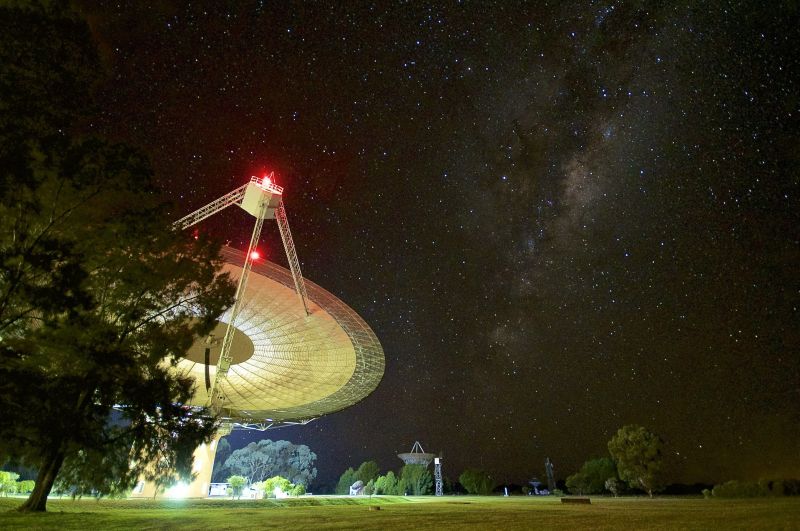 A team of researchers from the Parks Observatory, Australia, reports the discovery of the brightest known fast radio burst (FRB) that was observed on March 9 this year. The researchers describe it as having a high signal-to-noise ratio and “not very convenient orientation for detecting short-term gamma flashes with the help of INTEGRAL detectors.”

FRBs are millisecond flares in the radio range corresponding to events occurring in unknown parts of space. The first known event of this class was observed in 2001, but only in 2007 the researchers noticed and confirmed it. Since that time, a total of 32 FRBs have been registered, and all of them, except one, occurred once – only one event was repeated, and the researchers, therefore, were able to establish the galaxy in which the event took place. The origin of the remaining events of this class, unfortunately, remains a mystery, although many scientists believe that these events are related to cosmic cataclysms, including black holes or neutron stars.

This record FRB was recorded by the Parks Observatory team along with two other FRBs that occurred in a relatively short period from March 1 to 11. The team describes the registration of three FRBs at once as a “very unusual” event for one month, as FRB is usually very difficult to detect due to their absolute unpredictability – no one knows when and in which part of the sky such an outbreak will be observed. Soon, however, this situation may change, because, according to experts, FRB can occur daily, but remain unnoticed due to the fact that we do not yet have telescopes directed towards them.