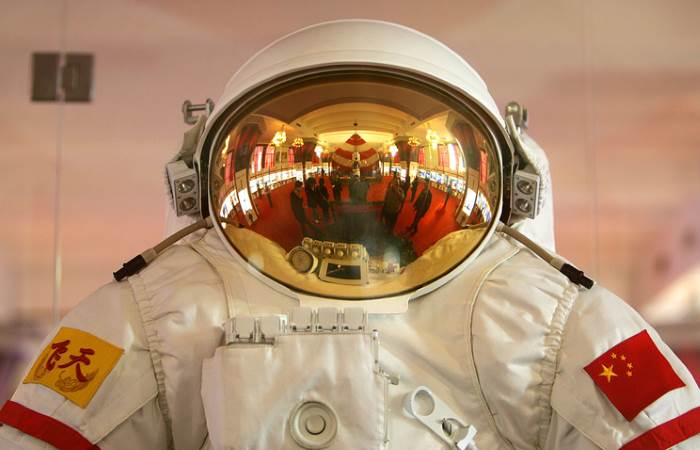 Journey into space and back to Earth with a parachute may soon become available to Chinese: based in the capital of China JHY Space Technology (Space Vision) introduced the first space jumpsuit parachute, which enables such a journey.

As reported by the newspaper China Daily, in the next few months the company promises to test special equipment and the recruitment of volunteers for training.

The first three testers already have – is the entrepreneur who initiated the venture, the woman is a champion in jumping with a parachute in China and one an aeronautical engineer. It is assumed that they rise into the stratosphere to the stratosphere, and then return to the surface of the Earth in Chinese high-tech product. Space jumpsuit-parachute equipped with radar systems, ground communications and surveillance.

Founder and President at Space Vision Jiang Fan said that before many experts admit the possibility of such commercial flights, and now Chinese technology makes them feasible. “Due to space parachute, we hope to take a leading place in the domestic aerospace sector developments and to pave the public way in the space,” said Jiang Fan.

According to him, the flight will cost 500 thousand yuan ($77 thousand) per person. The project is planned to start in Sanya – South China’s resort city on Hainan island.

By 2030, China expects to become a leading aerospace power, corresponding to the direction laid out in the 13th five-year plan for socio-economic development of the country. It is expected that during this time, with a certain probability in addition to Space Vision in the local market will be other companies of this kind.

“At the moment the USA have the most advanced technology and management in the field of private aerospace projects. We must take them as a basis”, – said the Deputy editor-in-chief of the monthly Space Iternational pan, Jihao. According to him, commercial projects pay off better than the state.