In Europe, subduction can occur 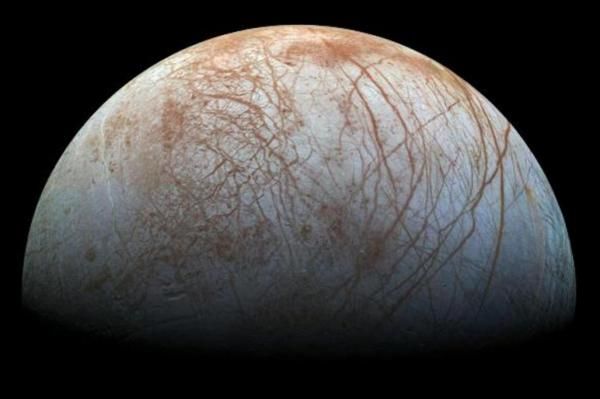 According to recent calculations on the satellite of Jupiter Europe can occur tectonic processes that are similar to terrestrial, according to the American Astrophysical Community.

On this satellite there may be subduction zones – areas where one tectonic plate comes under another.

Earlier conducted observations recorded on the surface of Europe the movement of ice layers, which is similar to the formation of oceanic ridges.

According to scientists, the presence of subduction increases the chances for the existence of life in the subsurface ocean: the plots immersed in the ocean can provide microorganisms with the necessary chemicals for life.

On Earth, differences in the temperature and density of the seams determine the dependence of how subduction will occur. The cooler dense sections go deeper into the mantle. The researchers suggest that similar processes take place within the ice cover of Europe. However, on the satellite of Jupiter, the determining factor will be the level of salt content in the seams. Modeling showed that the more salts in the ice sheets, the deeper they sink.