In Finland, a meteorite fell 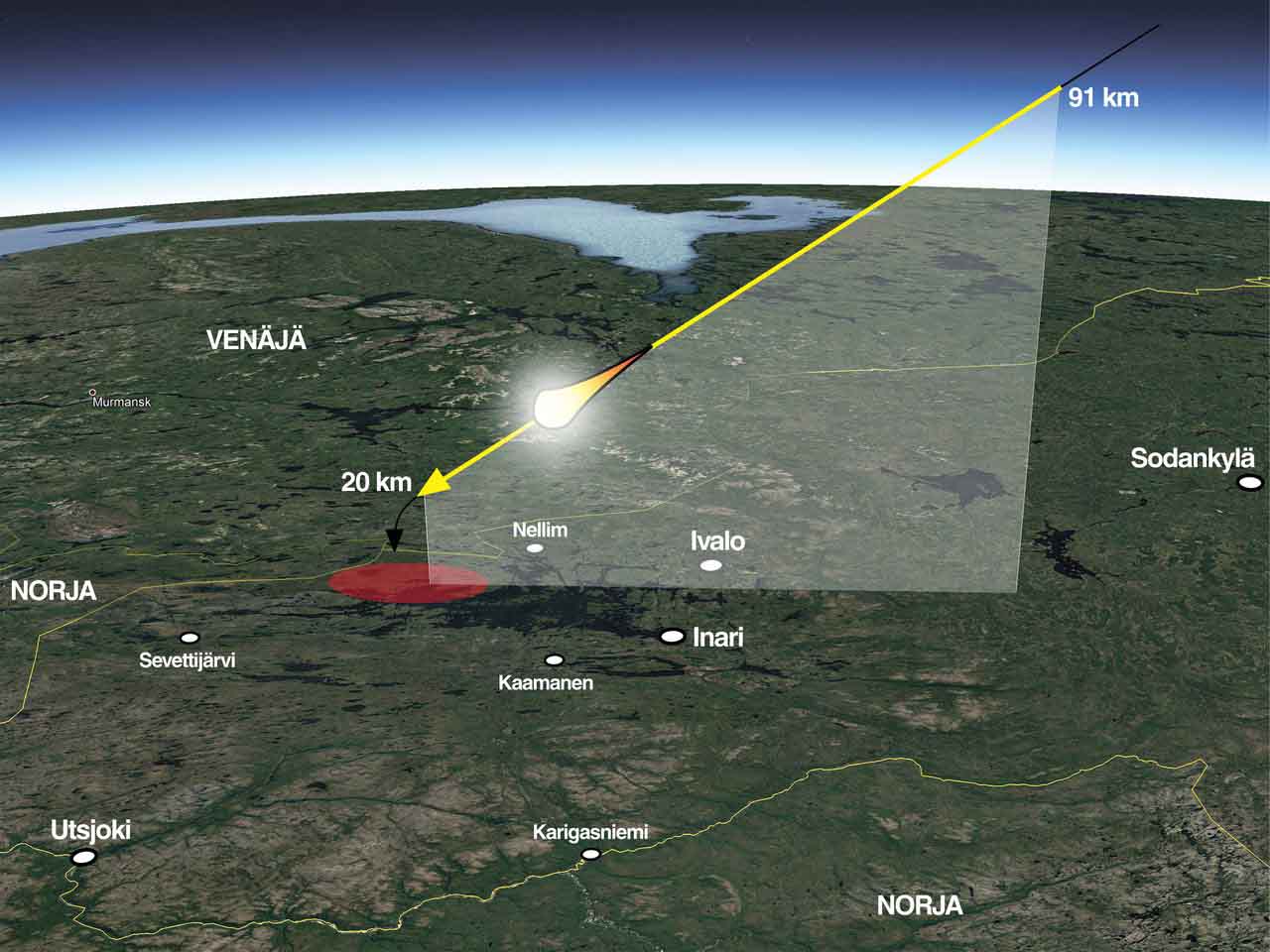 November 16, 2017 residents of the Murmansk region, Finland, northern Sweden and Norway witnessed the fall of the meteorite, which entered the dense atmosphere at a speed of 21km / s and flashed bright light at a height of 91km, after which more than 10 seconds fell a bright fireball to a height of 20km .

The scientists conducted a simulation of the trajectory of the meteorite’s flight and came to the conclusion that it could fall on the protected territory of Vätsyri, located along the northeastern shore of Lake Inarijärvi in ​​the Inari community in the north of Finland. The terrain in this area is difficult to access, forests, swamps, a lot of lakes, which will make it difficult to find a heavenly guest. The estimated area of ​​scatter of the meteorite fragments is more than 60kv / km.