In manned missions makes no sense 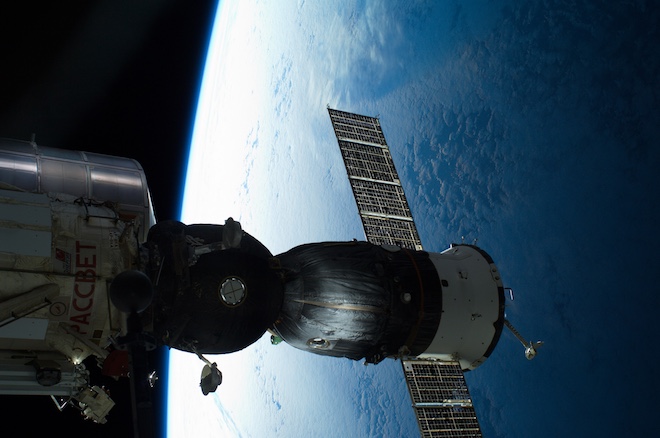 The leading astronomer of Britain urged Europe to cease manned space flight, as they are considered unprofitable and not beneficial to science.

Astronomer Martin Rees is convinced that instead of the European space Agency (ESA) should concentrate on robotic research. “Practical sense of departure of people into space is getting smaller, as the robots get better,” says Rice.

“Space flight became an extreme sport — explains astronomer. — News from the ISS come only if something went wrong or Chris Hadfield plays the guitar”.

However, Rice added that the mission of the Tim Peak, which was the first British astronaut on the ISS were worth the money spent.

“The cost of space station — a figure of 25 zeros, and I don’t think you can justify its existence to science since, as the study of human space exploration has slowed down,” says Rice.

The astronomer said that a manned mission should be sponsored by private companies such as space X or blue origin.” “Every time a problem occurs with the vehicle, the program is delayed for 3 years, but you pay for it taxpayers,” says Rice. “Space travel should be left to the extreme, ready for high risk.

About 365 million euros (408 million dollars) from the budget of the European space Agency is spent on manned space flights. Rice offers to spend all that money on unmanned missions that the Agency could become “a world leader in robotic missions and miniaturization”.

The Director for manned space flights and robotic ESA David Parker does not agree. Mission Peak he calls “the largest scientific project ever implemented in the UK.” “ESA believes that manned space flight is an excellent investment,” said Parker.
Tim Rush also finds that his mission was “extremely worthwhile”. The astronaut said that the UK will make the mistake of not putting a manned mission on the first place of space exploration.

Rice still hopes to see how people will inhabit Mars. “I really hope that the pioneers will land on Mars, — said the astronomer. But I think it will be either Chinese, or extreme athletes, sponsored by private, finished to a high risk and journey, in one way.”