In November, above the Ground rises a giant super-Moon 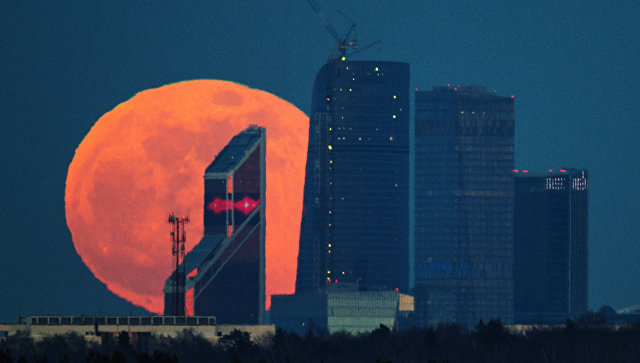 Moon this November and December during the full moon will look unusually large due to the maximum approach to the Earth, and the Moon’s November record over the past 68 years.

The supermoon is an astronomical phenomenon when the full moon coincides with the moment of closest approach the moon and Earth and moon seem 14% bigger and 30 percent brighter than usual. The moon at this point resembles a huge flaming ball as it goes nearest to the Earth point of its orbit – perigee. At perigee the moon is to the planet for about 50 thousand kilometers closer than when it is farthest point – apogee.

Such variations in the distance between the Moon and Earth are related to the fact that the orbit of a satellite has an elliptical shape.

This supermoon will be the second in 2016 — the previous similar phenomenon occurred on 16 October, and the next sunrise an unusually large moon will occur on December 13.

November’s super Moon, according to astronomers, will be the largest of the trio, and in addition to this, it will be the biggest super Moon since 1948 and the brightest moon until 2034.

The December full moon will be interesting, because the bright light of the moon, according to calculations of astronomers from NASA, the shadow of a meteor shower the Geminids, which will illuminate the night sky of Earth just on the second week of December. Because of this brightest cosmic fireworks will be barely visible to fans of celestial observations.