In our Galaxy formed another Solar system 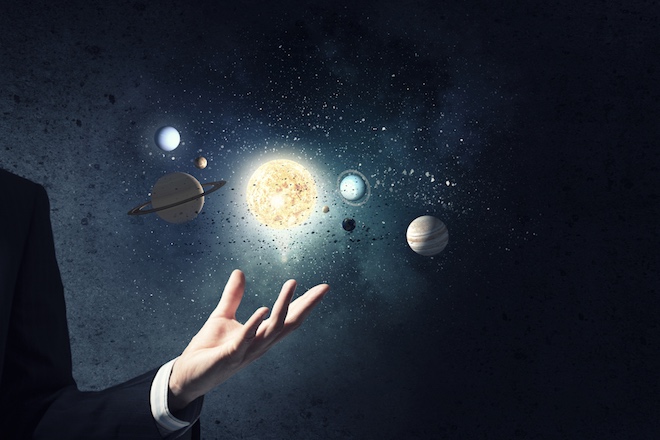 NASA scientists reported extreme astronomical events recorded in our Galaxy. The main defendant in processes similar to those which result in about 4.5 billion years ago our Solar system was formed, is the star called FU Orionis. A celestial body refers to the constellation of Orion and is separated from the Ground by about 1.5 thousand light years.

In 1936 he observed an incredibly intense absorption young star FU Orionis material from the surrounding gas and dust disk. Because of this, in three months the brightness of the star increased 100 times, and the disc was red hot before 6649 °C.

Over the past 80 years the star has been absorbed by the amount of matter comparable to the mass of the eighteen Jupiter, experts noted American comic Department. Now the “appetite” of the star died down a bit, although its power remains quite dense. In this connection it brightness also fell slightly, but remains significantly higher than the figures prior to the outbreak of 1936. According to astronomers, a few hundred years the star will regain your former shape.

NASA has evaluated the event as the most extreme of all fixed stars similar in size to the Sun, and said that the intense heat of the star of its surrounding disk of gas and dust, probably leading to a change in its chemical composition and the formation of “building materials” for the formation of future planets.

According to Joel green from the Institute of space telescopes in Baltimore, a study of the FU Orionis actually gives the opportunity to look at the processes taking place in our Solar system at the first stage of its inception. Perhaps the Sun was subjected to the same transformations and once it reached a certain brightness, in which began the formation of the Earth and other planets of our system.

Recent years of observations of the star used the Observatory SOFIA. To see the changes that occurred with the celestial body for 12 years, the researchers compared the obtained data with the data of 2004 when this work was used the orbiting Spitzer telescope. After 2018, the experts hope to continue the study using a powerful new space telescope im. James Webb.