In our Galaxy, half a trillion of planetary travelers 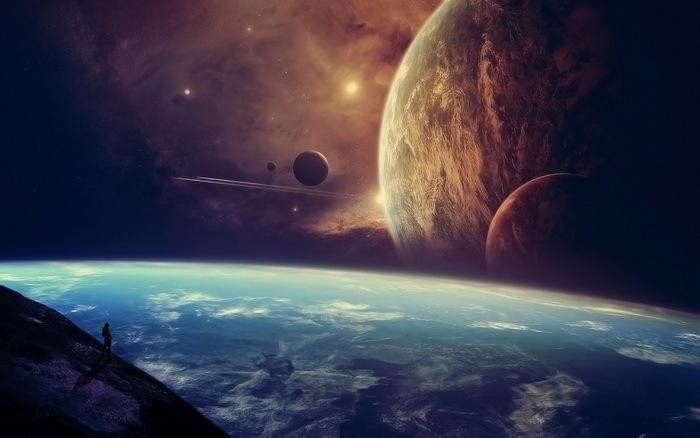 Astronomers from the United States modeled the processes of ejecting young earth-like planets from their systems and came to the conclusion that this is a very frequent event. For one star, there may be an average of two or three “lost” by her planet, wandering in the interstellar space.

They are practically invisible due to the absence of a noticeable radiation of their own. If this is so, the vagabond planets are the most numerous class of large objects in our Galaxy, and their total number may exceed one and a half trillion.

Scientists have simulated the process of formation of the planetary system of stars of the Solar type. The simulated systems had the same parameters as ours – including giant planets and the same mass of earth-like planets. During the simulated formation due to the interaction of protoplanets and large planets, the middle system emits about a third of the mass of the protoplanetary disk. Out of it, 0.79 of the Earth’s mass flies out of the system in the form of planets with an average size of about Mars, and as many as the same – in the form of bodies the size of a large asteroid or dwarf planet.

The average number of such planets was 7.9 for one star of the Sun type, and their average mass was 0.1 terrestrial. These are relatively small bodies, with gravity corresponding to approximately 0.4 g. True, stars that do not have giant planets have been thrown out only by asteroids. Without large planets, there were no small ones to “shove” out of the system.

The researchers proceeded from the assumption that only a minority of the stars of the Galaxy have large planets, since it is believed that red dwarfs (the most massive type of stars) are deprived of them. Based on this, the average number of planets-tramps the size of Mars is 2.5 per one star. In total, the galaxy has about 200 billion stars, which can account for half a trillion “free planets.”

The authors of the work tried to find out how realistic it was to find them with telescopes, and they came to disappointing conclusions. In the general case, they will be invisible. In interstellar space, there is almost no light that they could reflect, and their own thermal radiation is negligible. Frozen atmosphere and oceans will form an ice crust, playing the role of a heat-insulating material.

Even the ninth planet of the solar system, which is tens of times more massive and, possibly, with an incompletely frozen atmosphere, is still not found in telescopes, although it is only 100 billion kilometers from the Sun. The planet-tramps are on the average removed from the nearest stars by trillions of kilometers, besides they are much smaller.

This means that in telescopes they can be seen only if they accidentally pass between the Earth and the distant star. But it will be difficult to confirm such a transit. In most cases, it will be one-time, since the planet-tramp does not rotate around such a “highlighting” star, but simply flies by.