In search of planet X 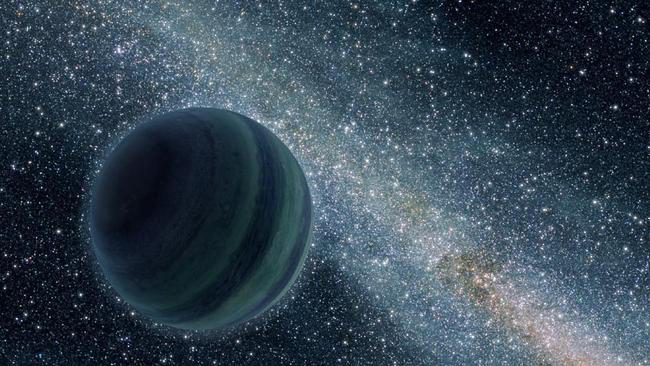 Far beyond the eight planets of the Solar system, beyond Pluto and dwarf planets may be hiding a giant new world, which has received the name of “the ninth planet”. Hardly any other discovery may be sensatsionnoe discovery of another planet orbiting our star. This planet has become the Holy Grail for astronomers, because such discoveries in the age of the world did not happen as often. No one yet knows exactly where might be this shadowy world and whether it exists at all. But in the search for the ninth planet, scientists narrowed the search range by half in just a few months. The chronicle continues.

In January of astrophysics Konstantin Batygin and Michael brown of the California Institute of technology presented evidence of a large undiscovered ninth planet. Their computer models suggested that the gravitational attraction of such a world could explain the strange offset of the orbit multiple bodies in the belt of icy objects Kuiper. Now scientists are trying to find a planet using some of the largest telescopes on Earth, such as the telescope Subaru in Hawaii.

Work batygina and brown narrowed the possible mass and the orbit of the planet to levels at which the previous observations could be missed. Their calculations showed that the planet is 5-20 times heavier than Earth — is a key indicator that indicates the approximate size of the desired object. They also suggest that the planetary orbit is tilted 30 degrees relative to the plane of the Solar system is a relatively thin flat zone in which lie the orbits of the eight major planets. Moreover, the planet is now, apparently, is the farthest point from the Sun in the Northern hemisphere night sky, as its orbit is elongated on 380-980 astronomical units (a. E.) from the Sun. One. E. equal to the average distance from the earth to the Sun.

Nevertheless, these estimates still leave a strip of the sky “in 1500 square degrees, the size”, says astronomer Scott Sheppard of the Science, the Carnegie Institute, who along with astronomer Chadwick Trujillo first suggested the existence of a ninth planet in 2014. (For comparison: a full view of the moon from the Earth covers about 0.5 degrees of sky). This band is described by Sheppard, corresponds to about 20 nights of observations “Subaru”. “And if we get seven nights this year, will be three years — not counting the rainy nights,” says Sheppard.

Thus, the strategy in this race now is to reduce the search area by eliminating theoretical possibilities. In the still unpublished collection of hundreds of new computer models of high resolution, says Batygin, he, along with brown narrowed the location of a ninth planet to 600-800 square degrees of the sky. First, they modeled the Solar system’s age of 4 billion years, focusing on how the gravitational pull of the planets largest system — Jupiter, Saturn, Uranus, Neptune and ninth planets could form orbits of thousands of randomly scattered Kuiper belt objects.

“We are looking for all effects that render the ninth planet in the Solar system,” says brown.

In an attempt to clarify the probable orbit of the ninth planet, the researchers compared their results with the current views of the Kuiper belt. “Our work has given synthetic Solar system, which is very similar to the real,” says Batygin. “My confidence in the existence of a ninth planet is almost at the maximum, considering how our results are close to what we really see in the Solar system”.

Other strategies include learning self gravitational influence of the ninth planet on other bodies. Astronomers Yuri Medvedev and Dmitry Vavilov Institute of applied astronomy of the Russian Academy of Sciences studied 768 comets that entered the Solar system, and noted five of them, which could pass close to the new planet that its gravity changed their ways once in the past. Their analysis showed that “the ninth planet may have forced these comets to enter the Solar system,” said Vavilov. “We think that comets may narrow down the location of a ninth planet.” However, Sheppard warns us of the use of comets to search for the ninth planet, because, apart from this planet there may be many other forces that affect the orbits of comets”.

Analysis of Pluto, done by astrophysicists Matthew Holmen and Matthew Payne of the Harvard-Smithsonian center for astrophysics, couldn’t find any conclusive signs for or against the ninth planet. In part, this may be due to not the best quality archival images of Pluto, of which it is difficult to understand whether Pluto’s orbit depend on the presence or absence of the ninth planet, says Holmen. However, he notes that high quality data on Saturn, obtained from the terrestrial network of radio telescopes that track the position of a spacecraft “Cassini”, a very promising and correlate with those reported by Batygin and brown.

Analysis of changes in the orbit of Mars can also help to find the ninth planet, says Holmen. Although it would have on Mars is much less impact than the Saturn because Mars is closer and more closely related to the gravity of the Sun is between Mars and Saturn has a lot of orbiters and they observed the Red planet longer, so their observations are simply more accurate. Besides Cassini data allow us to estimate the distance with an accuracy of ten meters, and data between Earth and Mars is good and the assessment of the accuracy of one meter.

More potential information about the impact of the ninth planet can be found in the time at the outer Solar system bodies in order to complete the orbit around the Sun. For example, rotation of four Kuiper belt objects with the longest known orbit is most easily explained by the presence of a ninth planet, says astronomer Renu Malhotra, chair of the Department of theoretical astrophysics at the University of Arizona in Tucson. The work of Malhotra and her colleagues also suggests two possible inclination of the orbit of the ninth planet, one closer to the plane of the Solar system at 18 degrees and the other is more cool, 48 degrees — this information can also help to narrow the scope of the study space.

Still, some studies restrict possible locations so that exclude the existence of a ninth planet at all. For example, although previous studies have shown that a ninth planet might exist due to the fact that some orbits of Kuiper belt objects together, another explanation may lie in the fact that we have not many observations of objects of this class. So astrophysicists believe Cory Shankman of the University of Victoria and Samantha Lawler from the National resources Board of Canada.

Brown claims that he Batygin take into account the possibility of bias in the observations, and also adds other lines of evidence to the reality of the ninth planet. For example, they found that the influence of this mysterious world can solve an old mystery of why the plane of the Solar system is tilted towards the Sun.

So far, everything comes down to the fact that the orbits of distant Kuiper belt objects is difficult to explain something else, if not the existence of a ninth planet. The number of entanglements just crazy, says Malhotra. “For me it is surprising that ninth planet have not yet found”.