In September, completed the mission “Rosetta” 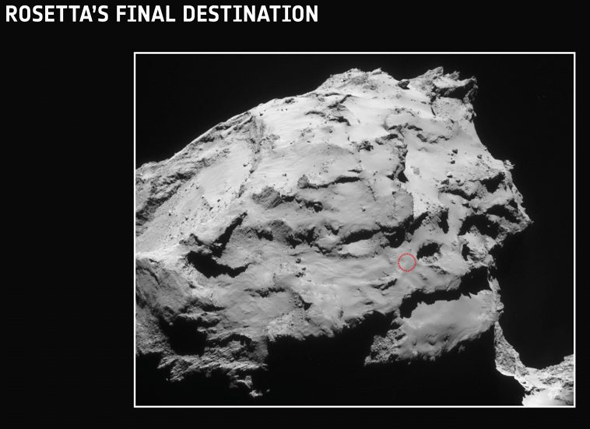 This fall the spacecraft “Rosetta” will break on the surface of the comet Churyumov-Gerasimenko.

As representatives of the space mission “Rosetta”, September 30 this year, she will be officially completed. Scientists from the European Space Agency ESA has already selected the last area to study the comet 67P/Churyumov-Gerasimenko. We are talking about a small active region known under the name of MA at. It will finish the existence of the spacecraft “Rosetta”, crashed on the surface of a large bilobate comet. It will be a controlled collision, which will not only be a historic final in the study of short-period comets, but also will be the final stage in the study of comets.

In the aforementioned region, which in photography are highlighted in red, the geological activity seen in the IDA gushing from the bowels of the comet’s gases. Area MA at located close to the neck of the comet, smaller of the two lobes of the comet Churyumov-Gerasimenko. Before his collision with the surface of the comet, scientific instruments will conduct several studies, takes pictures and transmit all data received on the Ground.