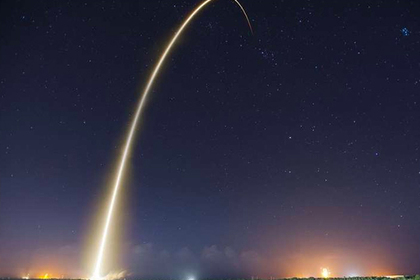 An international group of researchers for the first time created a Bose-Einstein condensate in outer space under zero gravity conditions. This is reported in a press release on Phys.org.

Bose – Einstein condensate is a substance formed by bosons – particles that can be in the same quantum state. This distinguishes them from fermions (for example, electrons), for which the Pauli exclusion principle applies.

This property allows bosons at ultralow temperatures to exhibit quantum effects visible with the naked eye, such as superfluidity, in which quantum liquid can leak through cracks without friction. If a quantum liquid forms crystals, then such a matter is called a superfluid solid (supersolid).

According to scientists, such a state of matter can be useful for creating ultrasensitive sensors that can detect, for example, gravitational waves. However, obtaining Bose – Einstein condensate in the presence of gravity is difficult, so scientists tried to create it in free fall conditions. The researchers created a compact electronic device capable of cooling the rubidium-87 atoms to ultra-low temperatures, and delivered it to an altitude of 243 kilometers on board the rocket.

The Bose – Einstein condensate was produced in 1.6 seconds. While the rocket fell to Earth, the device managed to spend 110 programmed experiments in six minutes.

Earlier, in August, it was reported that NASA scientists first created a Bose-Einstein condensate onboard the International Space Station (ISS), cooling rubidium atoms to a temperature equal to one ten-millionth of a degree above absolute zero. This is about three degrees lower than the average temperature of outer space.