In space, for the first time, a radioactive molecule 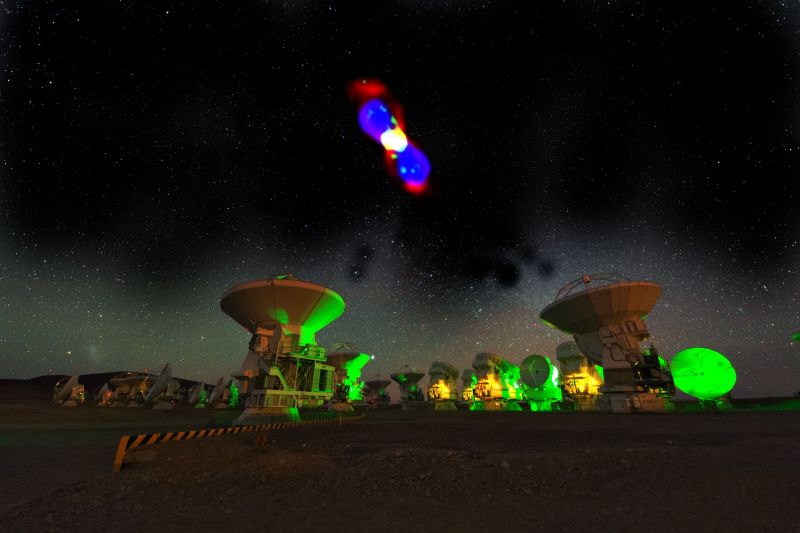 Nova CK Vulpeculae was discovered back in the 17th century, but now researchers at the Harvard-Smithsonian Center for Astrophysics noticed next to it a gas containing radioactive isotopes – aluminum-26. The article was published in the journal Nature Astronomy.

Decades ago, scientists documented diffuse radiation due to the breakdown of aluminum isotopes. The source of radioactive particles remained unknown, but now astronomers have shown that CK Vulpeculae is the so-called red novelty. Red Nova is a state in which two stars merge, producing an explosion, cooling down and throwing out a large amount of gas and dust. In this gas, the researchers found aluminum-26.

This is the first observation of radioactive particles in space. Scientists have tried to explain their origin. According to them, during the confluence of the stars, substances of deep layers are thrown outward, which causes the appearance of isotopes. However, there remains another mystery. 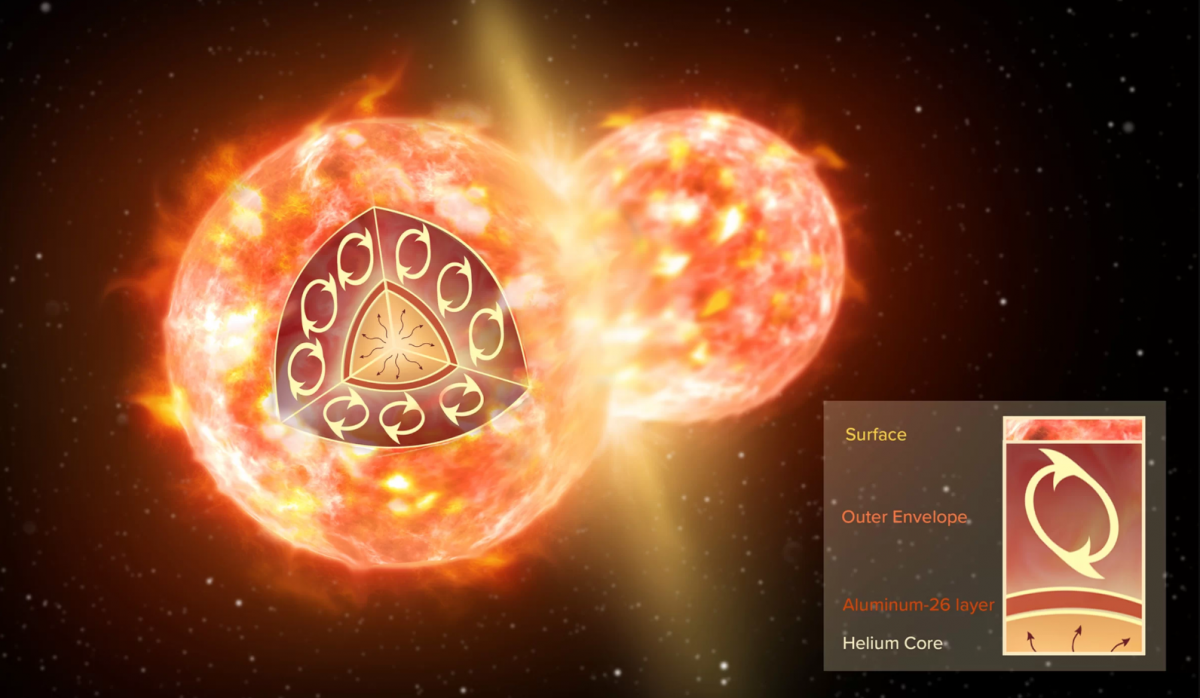 Illustration of the confluence of stars / S. Dagnello

Previous studies show that in the galaxy there are about two solar masses of aluminum-26 – such an amount, according to astronomers, can not throw one red new. Nevertheless, scientists admit that the actual mass of isotopes in the fusion may be higher than current estimates. This issue has yet to be resolved in future research.