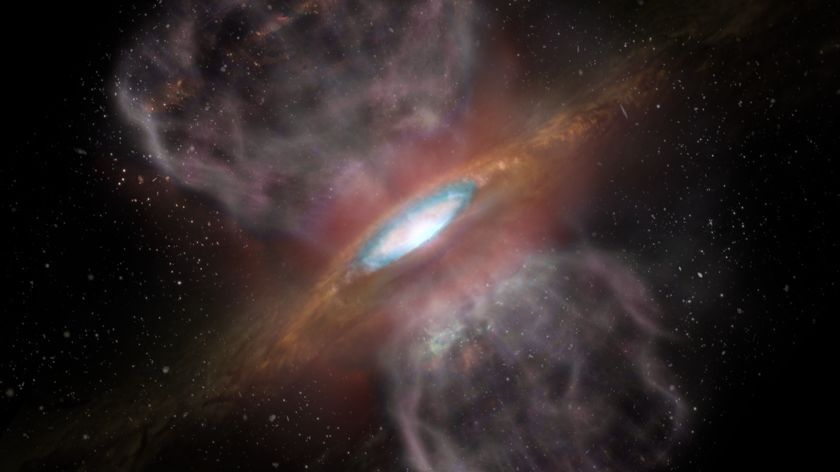 To conduct long-term observations on an ultramodern telescope in order to find food salt in the 1500 light-years from Earth. Yes, the universe knows how to surprise.

The star Orion Src1 is young by space and very large. Its mass is about 15 times the sun. This giant can be called a “galactic baby”, it is still “swaddled” in a cocoon of dust and gas. And in this cocoon, scientists have found something interesting.

Watching the Orion Src1, scientists found that its protoplanetary disk contains a huge amount of salt – about one sextillion, or 1 * 10 21 kilograms. For clarity: the content of all the terrestrial oceans weighs the same. The basis of this giant salt ring is ordinary sodium chloride, sodium chloride, but there are other similar molecules (for example, potassium chloride).

Salt forms a toroidal structure around the star, with an outer radius of about 60 astronomical units and with a very large temperature range – from -175 degrees Celsius on the outer edge to 3700 degrees – on the inner. In general, in the very discovery of salts in space, there is nothing unusual. But scientists had previously found salt molecules only in the spectrum of very old space objects. “This was found only in the exfoliating shells of dying stars, and therefore we don’t yet know how to interpret our discovery. Only one thing can be said – the conditions of star formation are very unusual, ”says study lead author Adam Ginzburg.