In space, found the ancient Egyptian “eye of Horus” 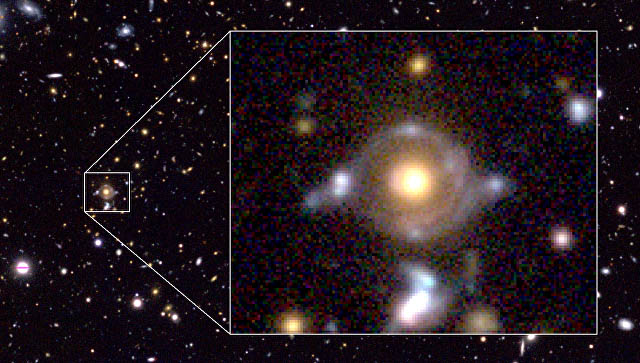 Japanese students opened the “eye of Horus” — one of the largest and most interesting gravitational lenses, curvature of space-time in space, studying the pictures of galaxies obtained by means of a telescope “Subaru”.

“When I studied the pictures from the camera HSC together with students, we came upon a ring-shaped galaxy in which we saw the traces of the presence of strong gravitational lenses. This discovery would not have been possible without large-scale observation and mapping of the sky, as well as high-quality shots with the “Subaru” that allows us to see even such a distant and dim objects,” said Masayuki Tanaka (Masayuki Tanaka) from the National astronomical Observatory of Japan in Tokyo.

Tanaka and his colleagues are engaged not only in science, but also regularly hold introductory courses in astronomy for students, where they teach youth the basics of observational astronomy. In these courses, scientists use pictures from the telescope “Subaru”, one of the largest optical devices of this kind, to demonstrate the different types of galaxies, stars, clusters and other “inhabitants” of the Universe. 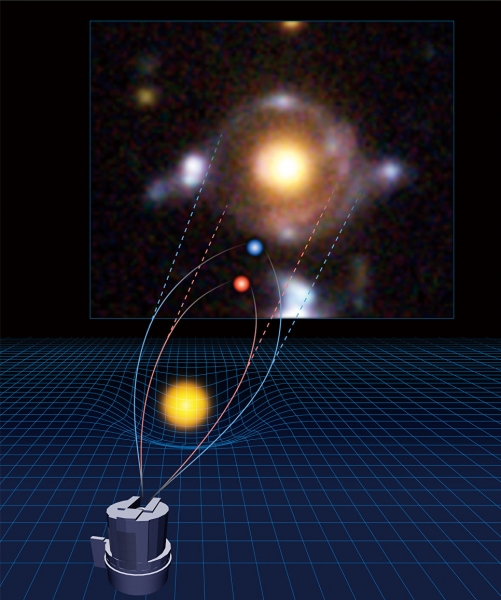 Studying these pictures, the students and the astronomers unexpectedly discovered the object that they immediately dubbed “the eye of the Mountain” due to its similarity to the uadzhet, the symbol of the God Horus, the patron Saint of the rulers of Ancient Egypt.

It represents an unusual “dual” gravitational lens, remote from us at a distance of about seven billion light-years towards the constellation Virgo. It spawned galaxy J142449 HSC-005322, whose high mass – it 700 billion times heavier than the Sun and the density of the light curves and enhances it so that we can see the objects located far beyond it.

Under the “look” of this lens came from two other galaxies, one of which is located at a distance of nine billion light-years, and the second is 10.5 billion light-years. These galaxies, as they note, we never saw if their light were not bent and reinforced the “eye of Horus”.

The unusual shape of this lens and its double structure due to the fact that HSC J142449-005322, and two more distant galaxies almost perfectly lined up to each other, if you look at them from the Ground. Such a double overlay of galaxies are rare, which gave the astronomers and their assistants-students a unique opportunity to look into the distant past of the Universe.