In the atmosphere of 51 Pegasi b, discovered water 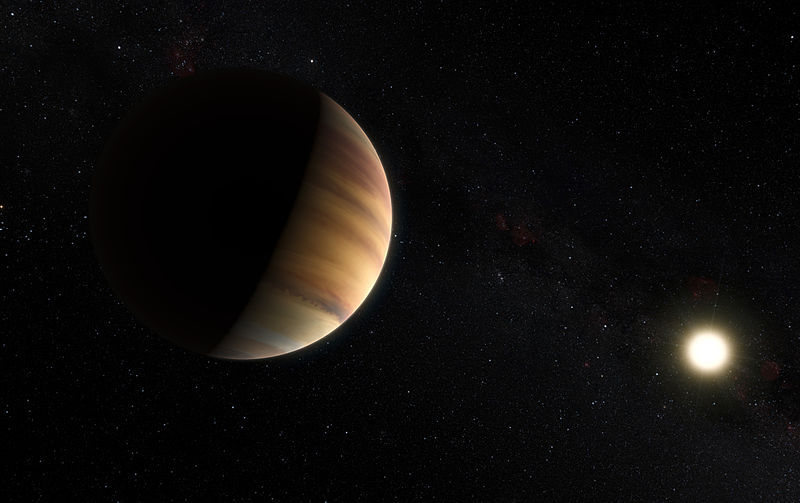 Astronomers have discovered the presence of water molecules in the atmosphere surrounding the hot Jupiter 51 Pegasi b. This discovery provides additional information about the nature of the atmosphere of this exoplanet and indicates that the planetary system this star is a double with the observed spectral lines of both components.

Located at a distance of about 50 light years away, the planet 51 Pegasi b is a hot Jupiter, because it has a orbital period less than 10 days (4.23 days) and similar in characteristics with the largest planet in the Solar system, having a mass of about 0.47 mass of Jupiter. It has a very high temperature at the surface because it orbits the parent star 51 peg at a very short distance – approximately 0.05.e.

To characterize this system, a team of astronomers led by Jane Birkby (Jayne Birkby) observed the star 51 Pegasi and orbiting her planet using the CRyogenic high-resolution InfraRed Echelle Spectrograph (CRIRES) installed at ESO’s Very Large Telescope located in Chile. The researchers received a total of 42 spectrum, which allowed them to observe the displacement of the radial velocities of water particles in the atmosphere on the daylight side of the planet.