In the atmosphere of a hot exoplanet, even titanium and iron decay into atoms 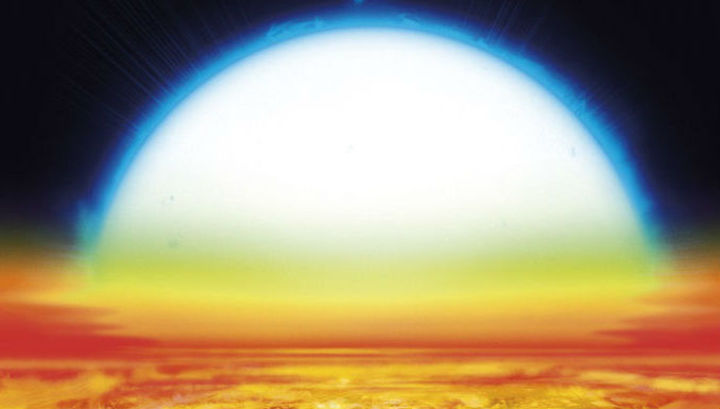 The planet KELT-9b (it’s HD 195689b) is unique. Being open in 2017, it became the reason for the allocation of a new class of exoplanets: ultra-hot Jupiters. This world is located to its luminary 30 times closer than the Earth to the Sun. Moreover, the star KELT-9 is more than twice as hot as ours. As a result, the planet’s temperature exceeds 4300 oC. That is, it is hotter than the surface of many stars.

Mankind has never met so hot worlds. And, which is no longer surprising, according to the calculations of specialists, the planet in such conditions quickly (by astronomical measures) evaporate. That’s KELT-9b losing nine million tons of weight per second. In a sense, astronomers are lucky that it is still massive enough (2.8 times heavier than Jupiter).

How are such hot planets and, in particular, their atmosphere? Since KELT-9b is the “firstborn” in this class, there is practically no information about it. Not so long ago, astronomers conducted a simulation, from which a number of interesting conclusions follow. First, the atmosphere is in chemical equilibrium. Secondly, there are no clouds in it. Finally, in its optical spectrum, lines of iron vapor should be observed.

Recall that iron – the most common metal in the universe. Nevertheless, it has never been observed in the spectra of exoplanets. After all, it is a very refractory substance. At temperatures that reign on almost all open planets, this element is part of molecules or crystals that leave no trace in the observed spectra. Paradoxically, in order to discover the most common metal, we needed a unique planet. And KELT-9b is perfect for this role.

Based on the modeling data, another team of astronomers led by Luca Di Fabrizio from the National Institute of Astrophysics of Italy began to search for iron in the spectrum of KELT-9b. The scientists used the TNG optical telescope www.tng.iac.es/ in the Canary Islands. They observed KELT-9b during transit, when the planet passed between its star and Earth. The rays of the sun shone through the atmosphere of the exoplanet, and in their spectrum appeared the lines of substances contained therein. 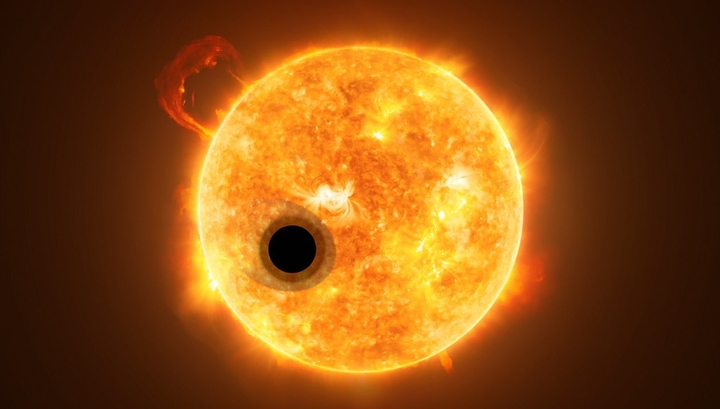 The researchers did find traces of iron in the form of neutral (Fe) and singly ionized (Fe +) atoms. In addition, they found what they did not expect: titanium ions (Ti +). Thus, the discovery not only confirms the predictions of theorists, but also brings new information about the device of this flaming exoplanet.

The chemical composition of the world is important to know, in particular, in order to understand how it was formed. In this area, astronomers still have many unresolved issues. Perhaps the study of such exotic worlds will shed light on the history of the birth of the globe.

In addition, KELT-9b is a valuable specimen in an exoplanet assembled by astronomers. This world significantly expands our understanding of what they are in general.

“This planet is a unique laboratory for studying how the atmosphere can evolve under intense star radiation,” sums up David Ehrenreich of the University of Geneva, co-author of the study.