In the atmosphere of Titan discovered a cloud of poisonous ice 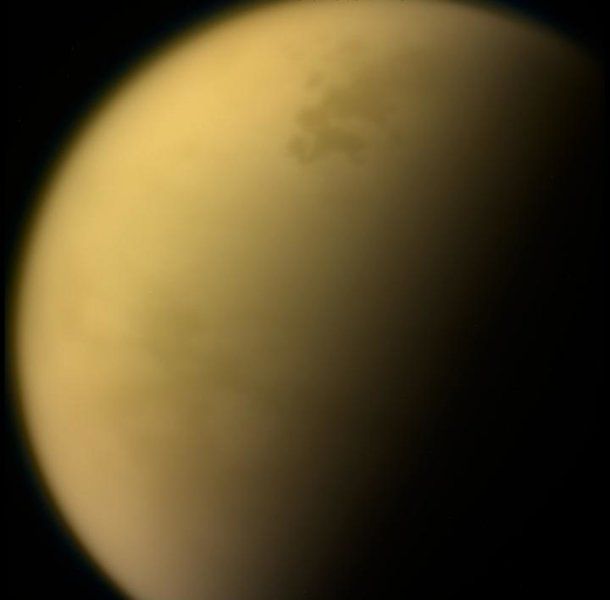 Members of the scientific team of the NASA mission Cassini (Cassini) discovered signs of the presence of a toxic cloud consisting of ice particles and located high above the southern pole of Saturn’s largest satellite, Titan.

These findings are a new demonstration of how difficult the chemistry of Titan’s atmosphere really is – in this case it is about the formation of clouds in the stratosphere of a giant satellite of Saturn.

Invisible to the human eye, this cloud was detected in the infrared range using the Composite Infrared Spectrometer (CIRS) of the Cassini spacecraft. Located at an altitude of about 160-210 kilometers, this cloud is quite high in relation to the clouds of Titan, from which methane rains are found in the troposphere. This newly discovered cloud covers a large area near the south pole of Titan, ranging from 75 to 85 degrees south latitude.

Laboratory experiments showed that the source of the spectral signal obtained with the CIRS tool could be a close mixture of organic molecules of hydrogen cyanide (HCN) and benzene (C6H6). These two chemical compounds crystallized simultaneously, forming a well-mixed ice, which should be distinguished from ice consisting of a base formed by a single chemical compound and a coating applied by crystals of another chemical compound-which is formed by the non-simultaneous crystallization of two substances, the authors indicate.