In the atmosphere of Venus found stationary waves 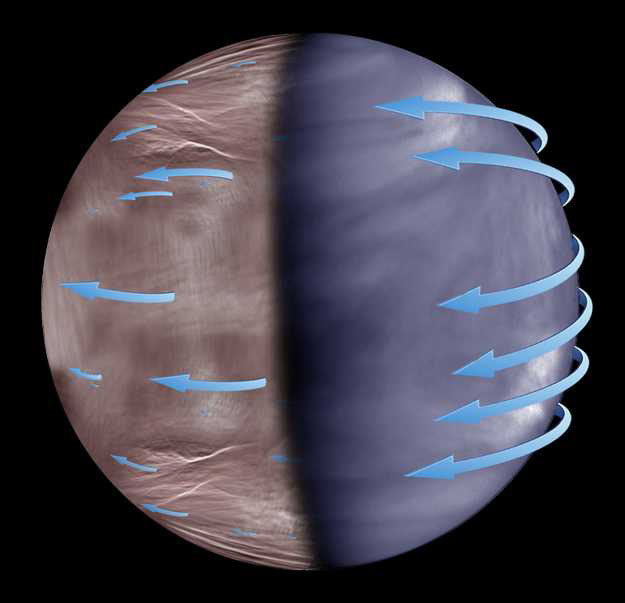 At night in the atmosphere of Venus, stationary waves of unknown origin are formed. This conclusion was reached by an international group of astronomers, analyzing the images of the spacecraft Venus Express and the infrared telescope NASA IRTF in Hawaii.

Venus rotates slower than all the other planets of the solar system, so the night and day on it are long: the Venusian night lasts for almost 60 terrestrial days. Much faster than the planet itself rotates its atmosphere: this phenomenon, known as super-rotation, is especially characteristic for the upper boundary of a layer of sulfuric acid clouds (65-70 km from the surface), where atmospheric masses sometimes move 60 times faster than the points on the surface. For comparison: the speed of the strongest earth winds is five times less than the speed of rotation of our planet.

So far, super-rotation has not been simulated. Astronomers, led by Javier Peralta of the Japan Aerospace Agency, suggested that this requires studying the movement of the atmosphere on the night side of the planet; all previous global models proceeded from the fact that at night the winds on Venus are blowing the same way as during the day.

The Peralta team combined images taken in 2015 with the NASA IRTF infrared telescope in Hawaii and the Venus Express spaceborne spectrometer from 2006 to 2008, and identified three cloud forms on the night side of the planet that are not characteristic of the day side: undulating, uneven torn edges and long filaments or fusiform. Separate cloud ridges stretched for three thousand kilometers. In addition, many stationary waves (also called gravitational waves or hydrodynamic waves) are found on the dark side of Venus – atmospheric perturbations that do not move with the atmosphere, but remain stationary relative to the surface. 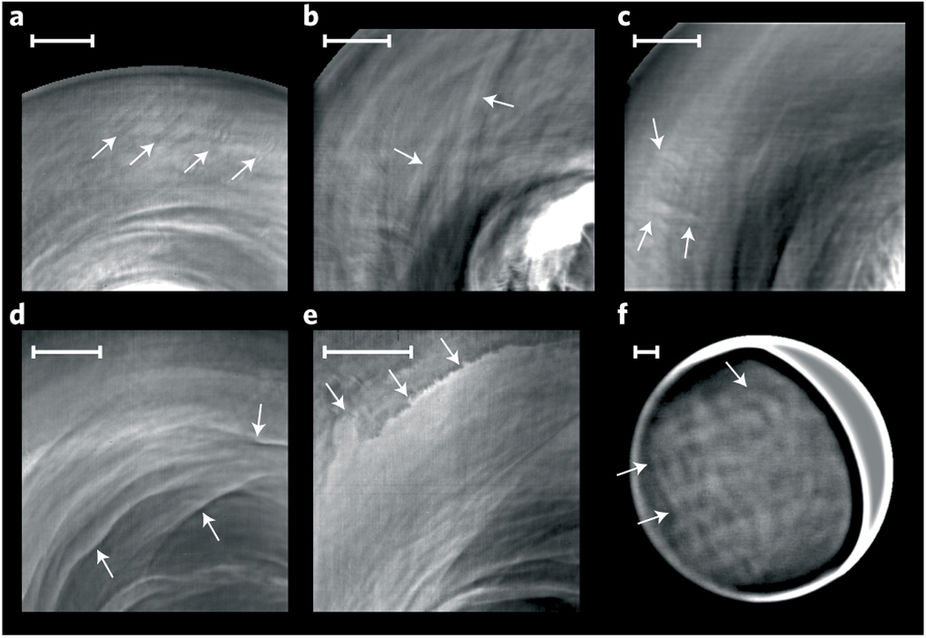 Stationary waves recorded on Venus and earlier; it is generally assumed that they are formed over high mountains and rise from the lower layers of the atmosphere upward. But, as Peralta and his colleagues show, at night standing waves arise over the southern part of the planet, where there are no large differences in altitude. In addition, nocturnal stationary waves on Venus exist only in the upper layers of clouds, at an altitude of more than 50 kilometers, which contradicts the hypothesis of their nucleation at the surface. The origin of nocturnal standing waves on Venus remains unclear.