In the bowels of the moon found water 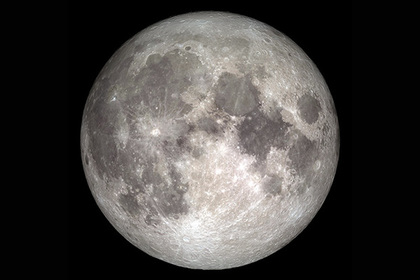 The international team of planetologists has established that there is water in the bowels of the Moon.

Specialists have studied the data obtained from the Indian lunar satellite Chandrayaan-1. With the help of spectral analysis, the chemical composition of ancient volcanic deposits on the surface of the celestial body was determined, which proved to be rich in water.

Outside the water together with volcanic rocks, scientists believe, came from the depths of the moon in antiquity. This proves that they are still full of it.
Volcanic particles contain, according to researchers, about 0.05 percent (by weight) of water. Experts believe that it can be extracted and used in planned lunar missions.

Scientists do not know the exact origin of water in the bowels of the earthly satellite. Earlier, her tracks in the celestial body were discovered by Apollo missions, during which soil samples were delivered to Earth. In addition, water ice is contained in darkened craters at the poles of the Moon.

The corresponding study was published in the journal Nature Geoscience, briefly reported by the Brown University (USA).