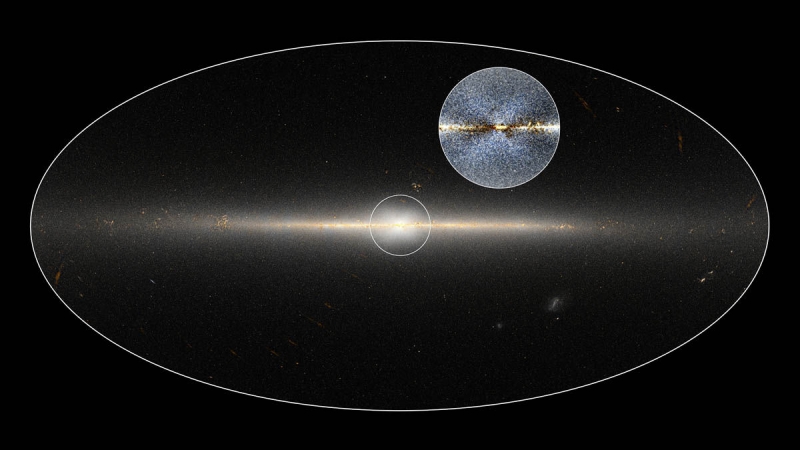 Two astronomers – with the help of the Internet service Twitter – have found the most convincing to date, evidence of the existence of a giant structure of stars in the shape of an X, lying inside the Central bulge of the milky way galaxy.

Previous computer models, observations of other galaxies and observations of our own galaxy gave instructions that structure in the shape of an X exists. However, nobody watched it for education directly – so some astronomers have challenged presented in recent studies, indirect evidence of the existence of this structure, explaining their action a number of other factors.

There are two main versions of the origin of the Central thickening of the disk of the milky way, or bulge: it could be formed as a result of the collision of the milky way with other galaxies, or due to the growth of the Central lintel of our galaxy, without the participation of external factors. In the new study, Dustin lang from the University of Toronto, Canada, and Melissa ness from the Institute of astronomy Society. Max Planck in Heidelberg, Germany, after analyzing archival data collected with the help of the mission NASA’s Wide-field Infrared Survey Explorer (WISE), completed in 2011, the findings obtained, testifying in favor of the second of these versions, from which it also follows that the shape of the bulge should resemble a box or peanuts in the shell in the center of which is the formation of stars in the shape of the letter X.

Initially, lang conducted a study to map galaxies located beyond the milky way. To aid in the analysis of the cards that he made on the basis of pictures from the archive of the telescope WISE, he has created an interactive web site and published in the Twitter the entire sky.

“Ness, saw my tweet and immediately recognized the picture shows the X-shaped structure, said lang. We agreed to meet and discuss these findings at the upcoming conference in which we both participated. The result of this meeting and future cooperation of this work. This is a Prime example of the efficiency of the large surveys of the sky and “open” science!”