In the centers of galaxies there are “tunnels to other worlds” 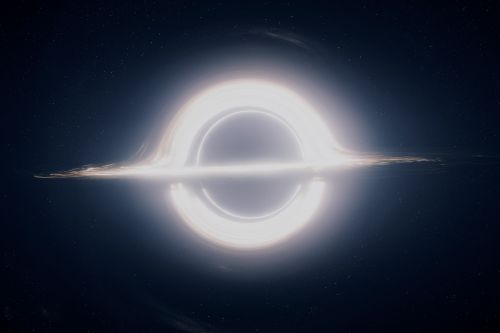 According to the famous scientist, the academician of RAS Nikolay Kardashev, in the centers of galaxies there are not black holes, but the mole holes. Similar we could see something in the sci-fi movie “Interstellar”.

The head of the FIAN Astrospace center, the academician of RAS Nikolay Kardashev has declared at the Astronautics of the 21st Century conference that “in the centers of galaxies there are not black holes, but the mole holes”. These conclusions have been received on the basis of the last researches conducted by experts from the Russian Federation.

The mole hole call hypothetical topological feature of space time which represents in each timepoint “tunnel” in space. Existence of the mole holes is only a hypothesis for today. There are versions that by means of such objects it is possible to travel to “other worlds”: in other words, before us something like the portal. Something similar, we will remind, it is beaten in the popular sci-fi movie “Interstellar”. There the mole hole allowed to submit huge interstellar distances.

It should be noted that existence of such objects is allowed by the general theory of relativity. But at the same time the exotic matter having the negative density of energy has to fill a passable mole hole. At the expense of it creation of strong gravitational pushing away and preventing to a hole collapse is possible. Let’s note that the concept of a passable intra world mole hole gives the hypothetical chance to travel in time.

It is necessary to tell that even if Nikolay Kardashev’s conclusions are right and in the centers of galaxies really there are mole holes, it doesn’t mean at all that the person will be able to move with their help in space and time.

The Soviet and Russian scientist Nikolay Kardashev is known, among other things, for creation of the so-called scale of Kardashev dividing hypothetical extraterrestrial civilizations into three types on level of consumption of energy.

Earlier Russian scientist Sergey Krasnikov has shared with the Naked Science portal the conclusions concerning the nature of the mole holes.