In the constellation Aquarius found 3 planets similar to Earth 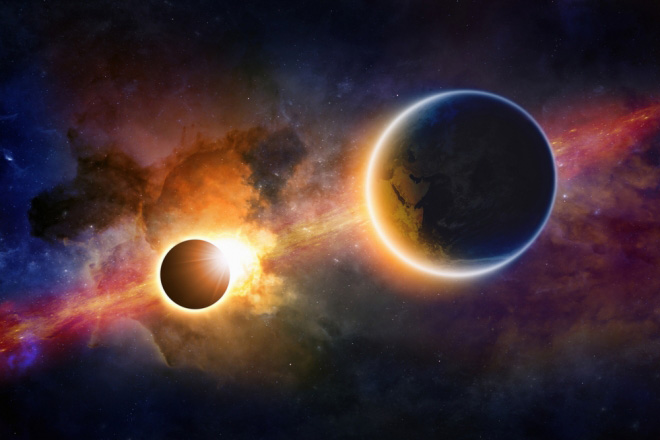 This spring, astronomers from the Massachusetts Institute of technology announced the discovery of a star system TRAPPIST-1, which is shared with the Ground only 40 light years, which is very small by cosmic standards. It consists of three rocky planets orbiting a red dwarf in the so-called habitable zone. Some scholars doubt their existence, but the latest shots have confirmed the reliability of the opening.

The basis for statements about the discovery of this system in may was recorded fluctuations in the brightness of stars. Doubts of opponents were related to the fact that its brightness could be periodically reduced for a different reason — due to the presence of an invisible sun, the satellite TRAPPIST-1.

Steven Howell of the Ames Research center of NASA and his team have decided to clarify after the observation of the system using the Chilean Gemini telescope. Part of it tool DSSI makes it possible to search even the most faint stars and light sources near brighter luminaries due to treatment of the picture noise that causes our atmosphere. In the study, no other objects of stellar mass in the neighborhood of red dwarf was found.

This confirms that the TRAPPIST-1d and two other planets do exist. It is assumed that they are similar to Earth in properties and dimensions may contain liquid water and an atmosphere, which contains oxygen and carbon dioxide.