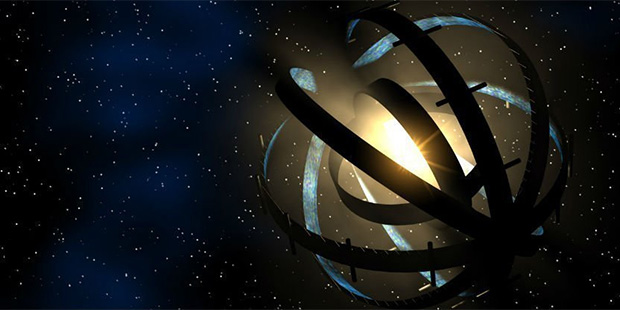 European and American scientists have discovered a star EPIC 204278916 irregular changes in brightness, inexplicable generally accepted astronomical theories. Similar chaotic behavior was previously observed in KIC 8462852 lights. According to one hypothesis this is due to the alien mega structures nearby stars.

Celestial body EPIC 204278916 is located in the Upper subgroup of the Scorpion OB Association, Scorpius-Centaurus at a distance of about 400 light years from Earth. The Association contains a young star. Star formation in the OB Association, Scorpius began no earlier than 20 million years ago. The age of light EPIC 204278916 is estimated at 5 million years. The star belongs to the spectral type M1, two times lighter than the Sun, but of the same size.

Shining EPIC 204278916 open the space telescope Kepler in the course of the mission K2. Observations of the star were carried out 79 days from 23 August to 13 November 2014. The scientists also used a set of radio telescopes ALMA (Atacama Large Millimeter/submillimeter Array) located in Chile. The observation results are collected in directories EPIC (Ecliptic Plane Input Catalog) and MAST (Mikulski Archive for Space Telescope).

Glitter star, according to K2, decreased to 65 percent of your maximum during 25 days of observation. Strong dips in the light curve indicate that the star covered the object comparable to it in size. In the case of transit of a planet over the disk of a celestial body glitter would change only by about one percent.

In the submitted Preprint of European and American authors analyzed data from K2 and ALMA and tried to find an explanation. “Within K2 we consider the light curve of EPIC 204278916 in detail and hypothesize that irregular darkening caused by the curvature of the inner edge of the circumstellar disk or in transit cometophobia structures moving along a circular or elongated orbits”, — stated in the article.

This explanation assumes that the cloud of comets close to the star has an extremely high density, and it is extremely unlikely. The version of the fragments of the planets disappears, because the interaction with them would be accompanied by infrared radiation, and its space telescope WISE (Wide-Field Infrared Survey Explorer) is hardly noticed.

But there is another hypothesis. Irregular changes in brightness of the star would cause any of the megastructure, built by extraterrestrial civilization. Talking about astroengineering the structure, known as the Dyson sphere, but to create it could the civilization of the second type according to the Kardashev classification.

A hypothetical object, named after the American theoretical physicist Freeman Dyson, who described it in 1960, is intended for accumulation of energy star. If mankind created such an object, it would be a sphere with a radius of one astronomical unit. Interior artificial gravity (through rotation), and the light of the Sun would provide all the needs of the civilization of the second type of energy.

The appropriate classification of alien worlds suggested by the Soviet astrophysicist Nikolai Kardashev, who published in 1964 in the “Astronomical journal” article “Transmission of information by extraterrestrial civilizations”. Worlds first type consume energy in the amount received by the planet from the sun and the second planetary system from the sun (in the framework of the concept of the Dyson sphere), the third — the scale of the galaxy and fourth Universe.

EPIC 204278916 — the second celestial body with irregular changing luster, open scientists. First star KIC 8462852, a distance of 1480 light-years from Earth in the constellation Cygnus. Its mass and radius about 1.5 times larger than the Sun. The brilliance of this star varies irregularly within 5-80 days, about 22 percent. The hypotheses are the same — the movement of comets and asteroids or the Dyson sphere.

For the observed changes in brightness KIC 8462852 would require 648 thousand comets with a core diameter of 200 kilometers. It is absolutely unbelievable. In orbit around the star should also not face a large celestial objects, because infrared radiation KIC 8462852, as shown by the data received from the Hawaiian telescope IRTF (Infrared Telescope Facility), even less than EPIC 204278916. However, the explanation of a Dyson sphere even more incredible.

In the framework of the K2 observations of EPIC 204278916 can continue in 2017. Scientists try to find regularities in changes of the magnitude of the star and thus to establish the true nature of the phenomenon. If the dips in the light curve of the EPIC 204278916 not show periodic patterns before astronomers encounter a hard problem explain the behavior of light, not limited to almost no verifiable assertion of the existence of alien megastrukture.