In the galaxy Andromeda found a vampire star 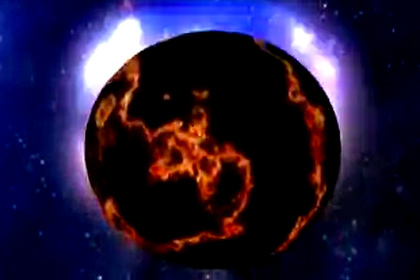 Scientists have discovered a “rejuvenating” pulsar XB091D, located in the ancient globular cluster in the Andromeda galaxy. This object captured another star, taking matter from it.

When the massive stars die, the outer shell is ejected, and the nucleus contracts, becoming a neutron star. In the event that the latter rotate, they are called pulsars. They make hundreds of revolutions per second, but they gradually slow down, emitting streams of particles.

Again, accelerate the pulsar can meet with the ordinary star. In this case, the neutron star begins to “undress” its neighbor, taking away the substance from it, which gives it an additional impulse. The pulsar, which has slowed to one turn, can spin thousands times more.

Scientists discovered XB091D at an early stage of “rejuvenation” with the help of the XMM-Newton space telescope. One revolution, this neutron star does in 1.2 seconds, which makes it the slowest rotating of all the discovered unwinding pulsars. His “crackdown” began less than a million years ago.

“On the sensors of the space telescope from this pulsar flies only on the photon every five seconds,” says Ivan Zolotukhin, one of the authors of the work. As he said, for its detection it was necessary to create absolutely new mathematical tools.

Astrophysicists also showed that the XB091D is in the Andromeda galaxy, 2.5 million light-years from Earth. It is located in a dense globular cluster B091D, where there are more than a million old and dim stars. This allowed the pulsar to capture one of them and begin the process of “rejuvenation”.