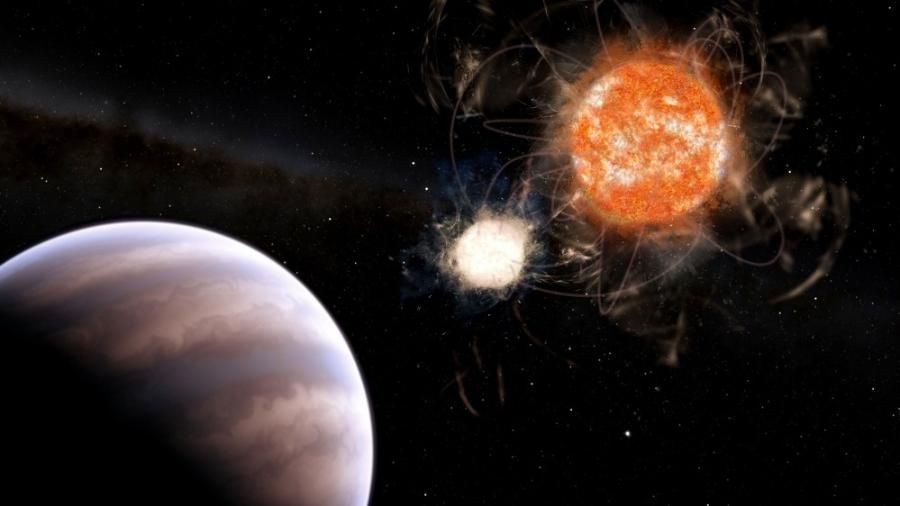 Among the thousands of exoplanets discovered in recent decades, some have been found in binary systems — like Tatooine from Star Wars, such worlds are illuminated by two stars at once. And recently, astronomers from the Brazilian Federal University of Rio Grande do Norte discovered the first such planet in a very old binary system, one of the stars of which has already evolved and “died”, becoming a dim white dwarf. About this, scientists write in an article published in The Astronomical Journal.

The authors tracked changes in the orbital period of a pair of KIC 10544976 stars in the constellation Cygnus. To do this, they used data from ground-based observatories, as well as from the Kepler space telescope, which conducted continuous observations of KIC 10544976 from 2005 to 2017. A large array of data collected allowed to take into account various factors affecting the rotation of participants in a binary system, including changes in the magnetic activity and temperature of its stars.

It is shown that KIC 10544976 includes two old stars – a red dwarf and a white dwarf, rotating around a common center of mass with a period of about 17 years. The system has at least one exoplanet, and of extraordinary size: according to scientists, its mass is 13 times greater than the mass of our gas giant Jupiter. It may have already appeared at the last stages of the evolution of a binary system — from matter ejected by one of the stars when it turned into a white dwarf.