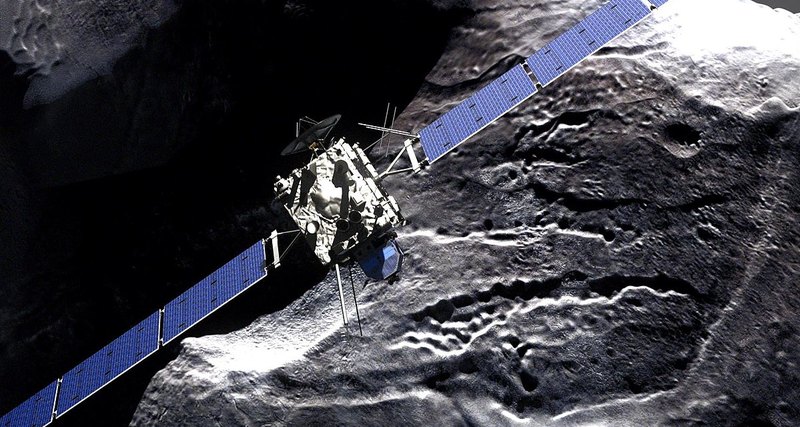 Analysis of the latest radio signals from the Rosetta probe allowed the scientific mission team to obtain a photograph of the site of its landing on the comet Churyumov-Gerasimenko, obtained from a height of only 18 meters from the surface of the celestial body.

“Previously, we thought that the last photo was the one that Rosetta passed for seconds before the fall in the Sais region, where its remains are now buried. Later we started analyzing the telemetry stored on our servers and were surprised to notice that one more picture could be hidden in them, “said Holger Sierks of the Institute for the Study of the Solar System in Göttingen (Germany), one of the founders camera OSIRIS on board the device.

This operation was successfully carried out on September 30 this year, during which the probe was able to transmit photographs and data obtained from a record low altitude – just 25 meters from the surface of the comet. Moreover, the probe recorded strange changes in temperatures on the surface of the celestial body and several other unexpected things that led scientists to re-analyze the data that the probe transmitted during the fall. 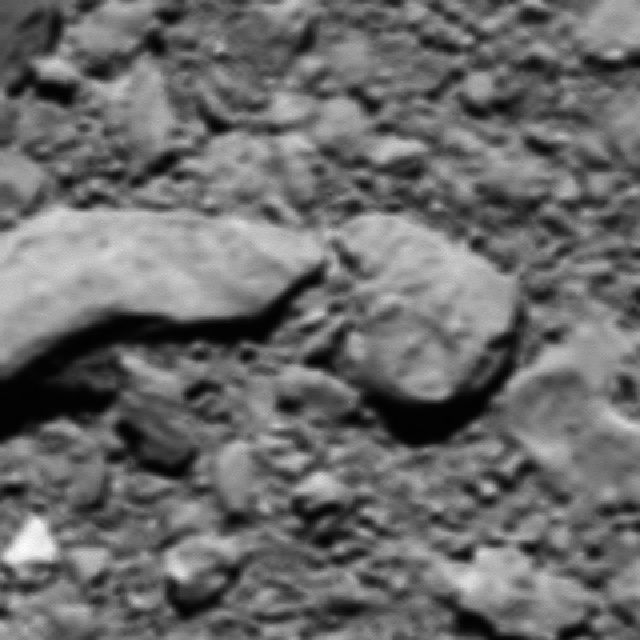 A photo found in the archive of data transmitted by Rosetta

As Sirks relates, Rosetta has been transmitting data regularly, but in the form of special data packets, each of which contains 4 kilobytes of data. On average, each photo that the probe received was about 25 kilobytes, and so the Rosetta operating system divided them into six parts before sending it to Earth.

The program analyzing the signal on Earth informed the scientific team of Rosetta about the presence of a new photograph only when it received all six data packets and restored the picture. Therefore, even if Rosetta took another picture and transferred five out of six packages, the scientists could not recognize that they had almost a complete picture in their hands.

As Sirks and his colleagues found out, Rosetta managed to transmit to Earth about half of the packets containing data on the photograph taken from a height of 18 meters from the surface of the comet. These packages, as noted by planetologists, were organized in such a way that their loss resulted not in the disappearance of half the image, but in the loss of clarity.

Using photo restoration algorithms, European astronomers were able to recreate the image and use it to clarify the position of the point where the probe is now resting. Its area, as the researchers note, is only one square meter.