In the meteorites that fell to Earth, a source of life 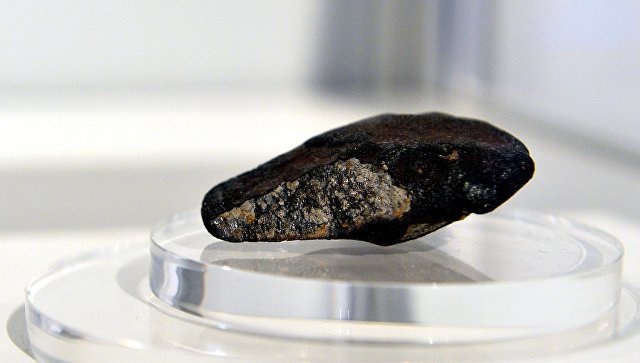 Scientists from the Lawrence National Laboratory in Berkeley, USA, found water and complex chemical compounds in two meteorites. In the opinion of planetologists, the find indicates that the cosmic bodies falling on the planet could lead to the origin of life on Earth.

Researchers studied the chemical composition of rock salt crystals within meteorites that fell to Earth in 1998. X-ray photographs showed that inside the crystals there are inclusions of a salt-saturated aqueous solution and organic molecules. Including amino acids, their precursors, hydrocarbons and other compounds that play important biological roles on Earth.

“Blue crystals of salt two millimeters in size are a storehouse of organic compounds and elements that are necessary for the birth of life,” said one of the authors of the study Quini Chan, noting that this combination of elements on an extraterrestrial object was recorded for the first time in history.

According to scientists, molecules in meteorite crystals were synthesized under unclear conditions about 4.5 billion years ago. Presumably, the birthplace was the dwarf planet Ceres, located in the belt of asteroids between Mars and Jupiter.

According to the authors of the study, their discovery demonstrates that primitive life could exist in other places of the solar system, and also move between planets on fragments of asteroids or planetoids.

There is interesting science in finding chemicals embedded within meteorites, but it is intellectually insulting to suggest that this has any relevance to the origin of life. Small molecule abiotic compounds are very common through out the universe, suggesting because they exist then the origin of life is directly addressed is incoherent. There is no chemical evolution, it is a myth like Darwin’s “warm little ponds” and Oparin-Haldane primordial soup. There are no natural processes capable of origination of life.