In the Milky Way discovered one of the most ancient stars in the universe. 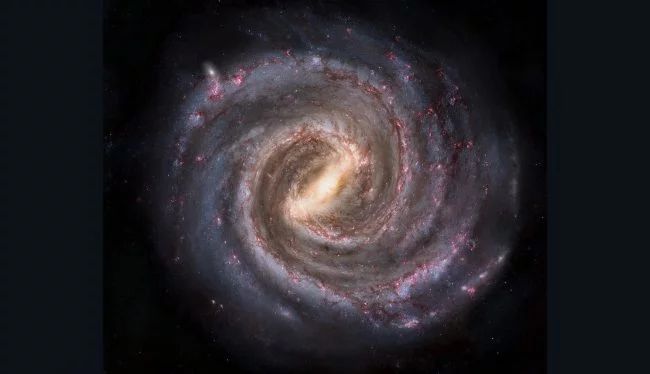 In February 2014, astronomers from the Australian National University discovered the oldest star in the universe. It is located 6,000 light-years from Earth in the constellation Hydra, and its age is 13.7 billion years. It turned out that the ancient stars are not far from us – right in the Milky Way galaxy. One of them was discovered by researchers from Monash University in Australia. The star’s age is 13.5 billion years.

The find was named 2MASS J18082002-5104378 B. All this time, it remained unnoticed due to its tiny size and dullness. Discover the ancient star was only due to the presence of a bright companion star of a larger size.

The researchers were able to determine the age of the star through careful spectral analysis. The fact is that the first generation of stars formed after the Big Bang consisted of light elements like hydrogen, helium and lithium. In subsequent generations, the amount of metals gradually increased in them. Thus, the “metallicity” of stars has become a good indicator for determining their age.

According to scientists, 2MASS J18082002-5104378 B belongs to the second generation of stars. Its mass is only 10% of the mass of the Sun, and the amount of metals in it is 10% of all metals on Earth. Astrophysicist Andrew Casey, who participated in the study, admitted that they had never before discovered a star with such a small mass and a tiny amount of metals.

Scientists suggest that other ancient stars may exist in our galaxy, but they are difficult to detect because of their small size:

These stars are extremely rare – the process of finding them is similar to finding needles in a haystack. But thanks to the huge amount of data collected by terrestrial and space telescopes, we are closer than ever to understanding how stars were formed in the early Universe.

This discovery allows you to look at the formation of stars in the universe from a different angle. Since one of the oldest stars is located on the thin disk of the Milky Way, the question of the age of our galaxy is rediscovered. Perhaps she is much older than previously thought.