In the Milky Way found 13 stars from another galaxy 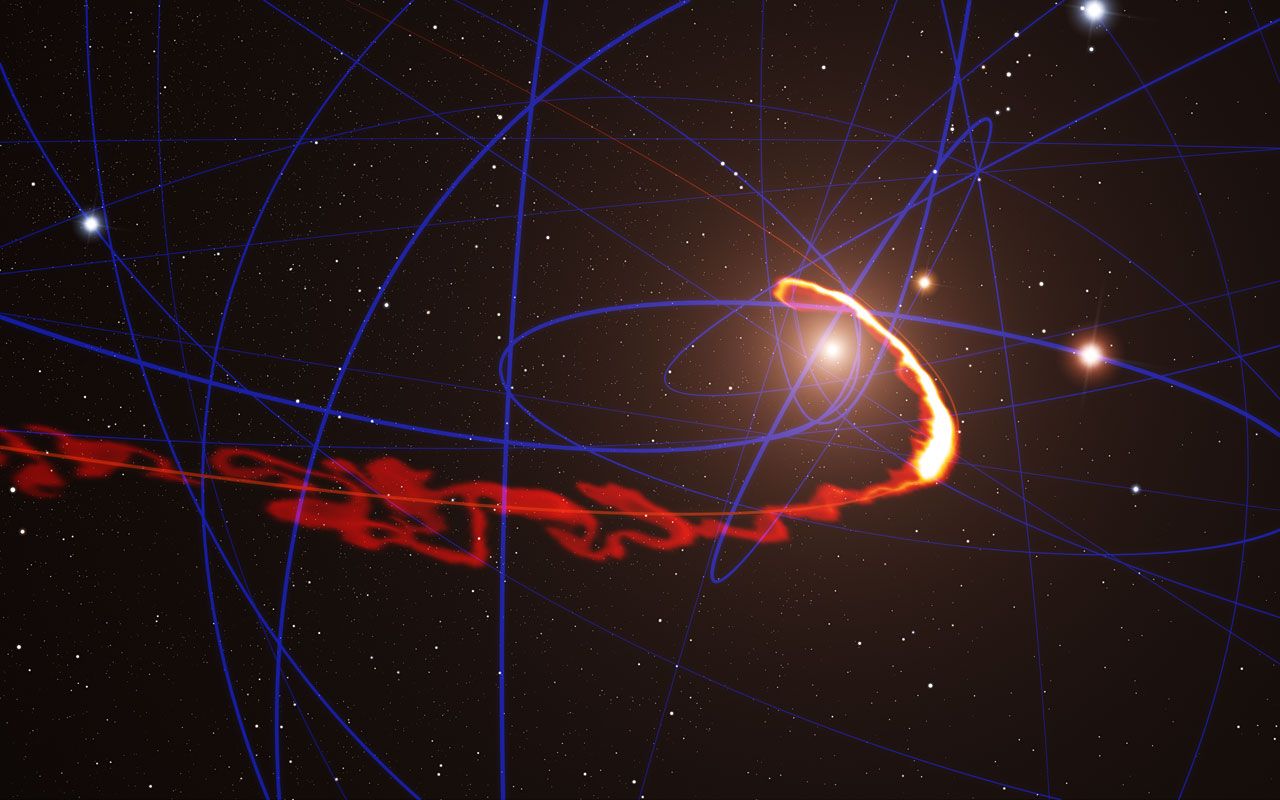 The fastest stars of the Galaxy could not flare up within it and, most likely, “flew” from the Large Magellanic Cloud.

Most of the stars of the Milky Way are moving in an orbit in the plane of the galactic disk around the Galactic core. The speed of their movement relative to the nucleus is about 100 km / s (in the Sun – 217 km / s). But some stars move faster than others. Their speed is so great that they overcome the pull of the galaxy and someday go beyond it.

The existence of superfast stars became known in the late 80s; by 2008 it was known about 10 stars moving at a speed higher than the second space for the Milky Way. Modeling taking into account the direction and speed of movement of such ultrafast stars last year showed the possibility of their extragalactic origin. This hypothesis was confirmed by the observations of the Gaia space telescope of the European Space Agency.

The second Gaia data block with information on the speed of movement of more than seven million stars was published in April 2018. A group of astronomers from the Leiden Observatory studied the data and identified a group of stars that are 50% or less gravitationally unrelated to the Galaxy. There were only 125 such luminaries, of which only 20 had the probability of a lack of gravitational connection with the Milky Way exceeded 80%. None of these 20 stars orbits, the form of which would indicate origin from the galactic center, conclude the authors of a paper published in the Monthly Notices of the Royal Astronomical Society. 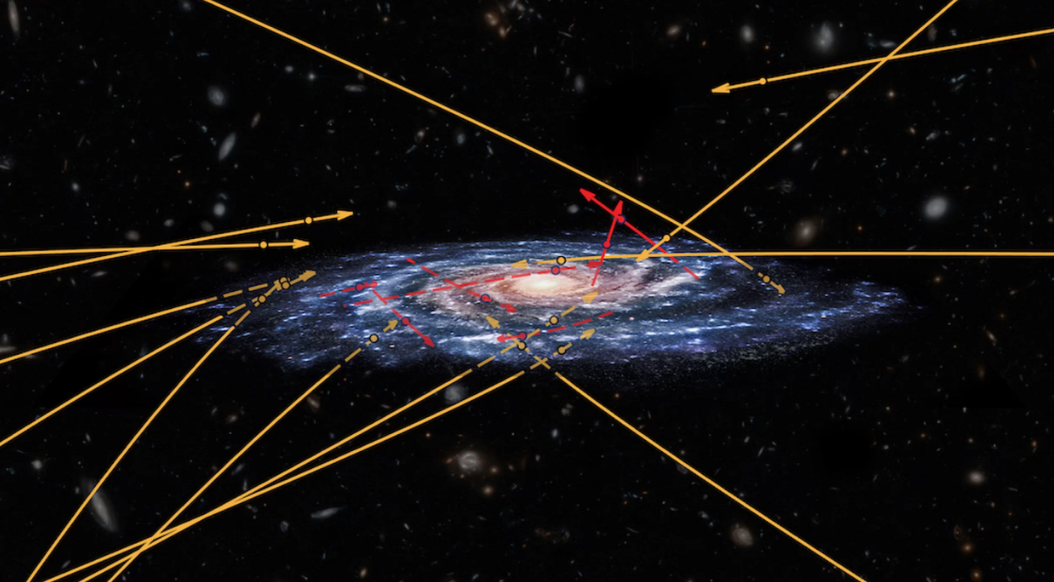 Of the six million stars, whose speed measured the Gaia telescope, 20 were ultrafast, seven of them (shown in red) move at a speed sufficient to overcome the gravity of the Milky Way. The other 13 (shown in orange) are moving not from the center of the Milky Way, but towards it, and, probably, “arrived” from the neighboring galaxy the Large Magellanic Cloud.

Of the 20 stars, seven probably started moving somewhere in the Galaxy disk, while the remaining 13 (including the two fastest, flying at a speed of about 700 km / s) may have “flown” from the dwarf galaxy – the Milky Way satellite, the Bolshoi Magellan the clouds. The authors of the work indicate that the 13 stars mentioned above may constitute only a small part of the population of stars in the Milky Way, flown in from other galaxies.

The most likely scenario for the emergence of ultrafast stars capable of bridging the distance between neighboring galaxies is considered to be the convergence of binary star systems with supermassive black holes. With some combination of factors, one component of the stellar system goes into the orbit of a black hole, and the second is given a tremendous acceleration; It is also possible that stars develop tremendous speeds when approaching supernovae (or if one of the components of a double star explodes a supernova).

Mathematical models show that the 20 ultrafast stars of the Milky Way, detected by the Gaia telescope, can be only a small part of the population of superfast galactic stars, which number can reach 10 thousand stars.