In the narrow rings of cometary material, the formation of planets 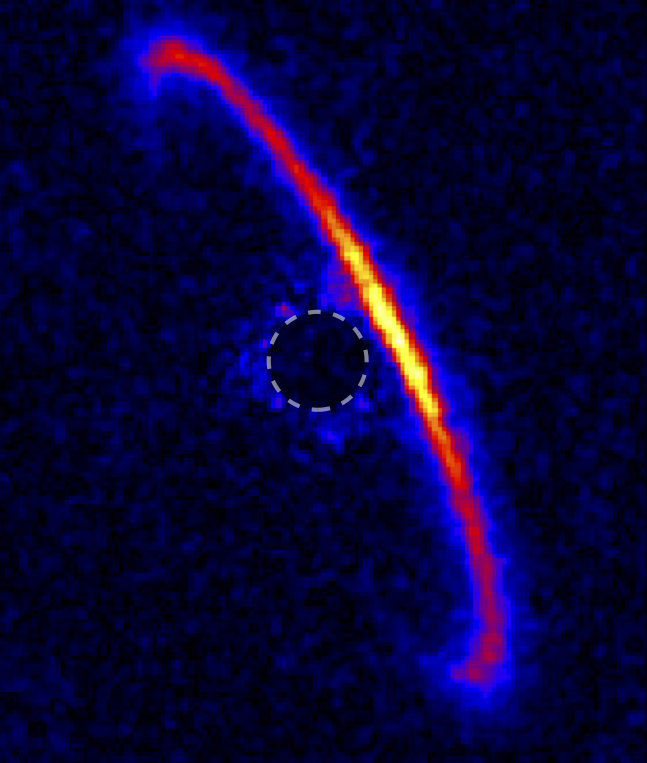 In narrow, dense rings consisting of comets, planets are formed on the outskirts of at least three distant planetary systems, astronomers have discovered, analyzing the data obtained with the help of two NASA telescopes.

The estimation of the mass of these rings in terms of the amount of light reflected by them showed that each of the emerging planets is of the order of several Earth sizes, according to Carey Lisse, a planetologist from the Laboratory of Applied Physics at Johns Hopkins University, USA.

In this study, Liss and his co-authors studied observational data on three young stellar systems with fragmentation discs, in which there are bright outer rings consisting of comet-like bodies located at a distance of 75 to 200 astronomical units (1 AU is equivalent to the distance from the Earth before the Sun). The composition of the material in these rings varies from ice-rich (in systems Fomalhaut and HD 32297) to an ice-depleted but carbon-rich (remnants of “burnt out” comets, the HR 4796A system).

In the discs of young stars, cometary belts rarely resemble dense rings due to chaotic collisions between comets and emerging planetesimals. Therefore, analyzing the possible causes of such dense and narrow material rings in the studied three planetary systems, Liss and his colleagues came to the conclusion that this material keeps hypothetical “shepherd protoplanets” within the boundaries of the rings, similar to Saturn’s shepherds, thanks to which Turning around a giant planet, the ice material forms the right rings.

The results were reported at a meeting of the Department of Sciences of the Planets of the American Astronomical Society, held the other day in Provo, Utah, USA.