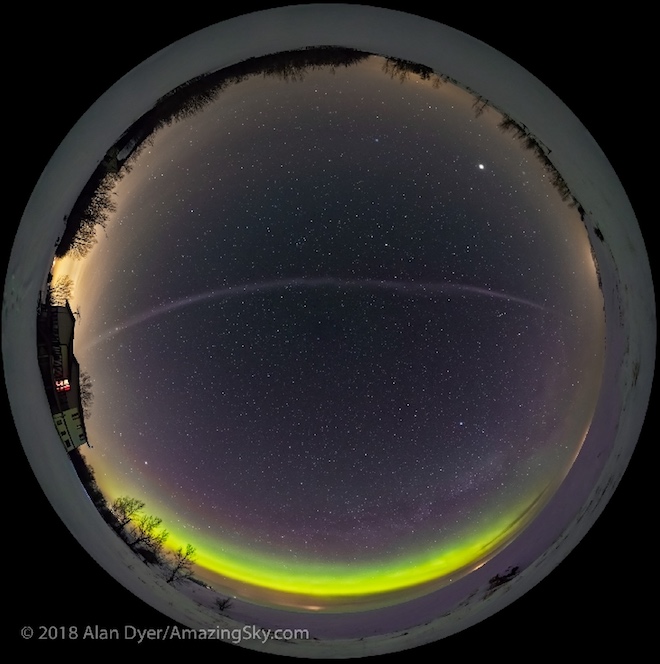 On Tuesday evening, Canadian photographer Alan Dyer looked up and saw a mauve tape that cut through the night sky of Alberta. Northern Lights? Not really.

“It was Steve,” says Dyer, who took pictures of the glowing arc.

The name of the phenomenon is translated as “a strong increase in the rate of thermal radiation” (Strong Thermal Emission Velocity Enhancement (STEVE)). It can often be seen next to the aurora, but it’s not the same thing.

Scientists are only beginning to understand what “Steve” is. Satellite measurements show that this is the afterglow of a hot gas strip that flows through the Earth’s magnetosphere during some geomagnetic storms.

“I caught Steve when he was already fading and looked white or colorless. The camera transmitted its characteristic mauve color, distinct from other auroras. Earlier that evening, other photographers saw him bright, accompanied by green stripes, “Dyer said.

Recently it was discovered that “Steve” prefers equinoxes and most often appears in the spring and autumn.