In the orbit around the young star, Methanol found 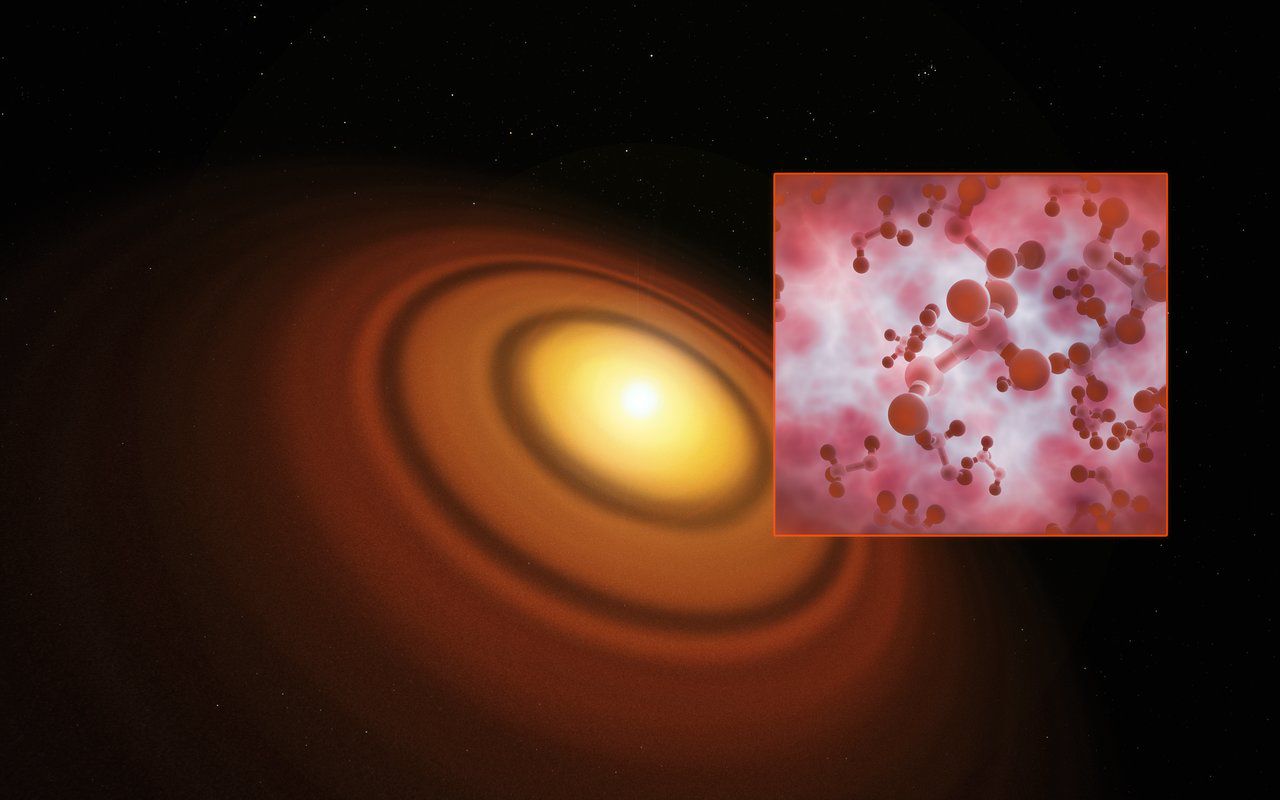 Methanol, the key “building block”, from which the molecules of complex organic compounds forming the basis of life were built, was first discovered in the composition of the substance of the protoplanetary disk around a young, distant star. These findings can help scientists to better understand the chemical processes that take place in the formation of planets, which ultimately can lead to the birth of life.

This discovery was made by scientists in the TW Hydra system, a star whose mass is about 80 percent of the mass of our star, and the age is estimated at 5-10 million years. It is a younger version of the solar system, which is roughly at the same stage of evolution, on which our planetary system was more than 4 billion years ago. Located about 170 light-years from us, TW Hydra star is the closest star to the Earth with a protoplanetary disk.

Apparently, this gaseous methanol comes from methanol ice, located a little further from the star.

Observations of methanol in the TW system Hydros were conducted by a group of researchers led by Catherine Walsh, an astrochemist from Lida University, Great Britain, using the Atacama Large Millimeter / Submillimeter Array (ALMA) radio telescope located in Chile.