In the past Venus was inhabited world 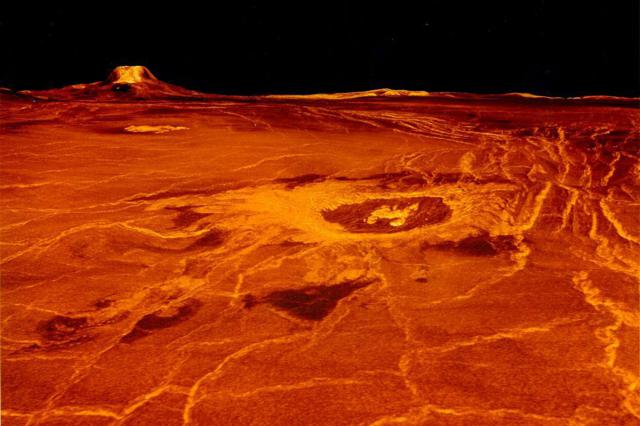 Venus is not similar to our Earth. This planet is hot and it’s wrapped in a dense toxic cloud. However, it was not always so, according to experts from the Planetological Institute USA in Tucson. Scientists carried out computer simulations showed that one or two billion years ago Venus is not so very different from our planet. It is possible that Venus was even inhabited.

Indeed, if you look at these two planets, between them have a lot in common. So Venus and Earth in size is not much different from each other, they have approximately the same density. These two planets formed close to each other, suggesting that they are made of the same material. Venus has an unusually high ratio of deuterium to hydrogen atoms, which suggests that once upon a time it was a large amount of water, which suddenly has disappeared.

Scientists have created four climate models of Venus. Each version differs from another by the amount of solar radiation that might get past the planet. A computer model of Venus from the past also received covering 60% of the planet’s shallow ocean, which was a tenth of the earth’s ocean. Simulations showed that Venus could be a reasonable temperature. The planet could be covered with thick clouds. Sometimes on Venus could go even a little snow.

If earlier on the planet and there was life, now its existence on Venus is likely impossible, the researchers said. Ocean due to high temperature just “boiled off” and the volcanoes have significantly changed the landscape around 715 million years ago. For the origin of life on Venus were all conditions, scientists believe. Liquid water of the warm ocean was in contact with organic molecules.

According to the researchers, to confirm the veracity of the hypothesis, during the next missions to Venus you need to focus on the search of possible traces of the processes of erosion related to water, near the equator.