In the rings of Saturn discovered unusual structure 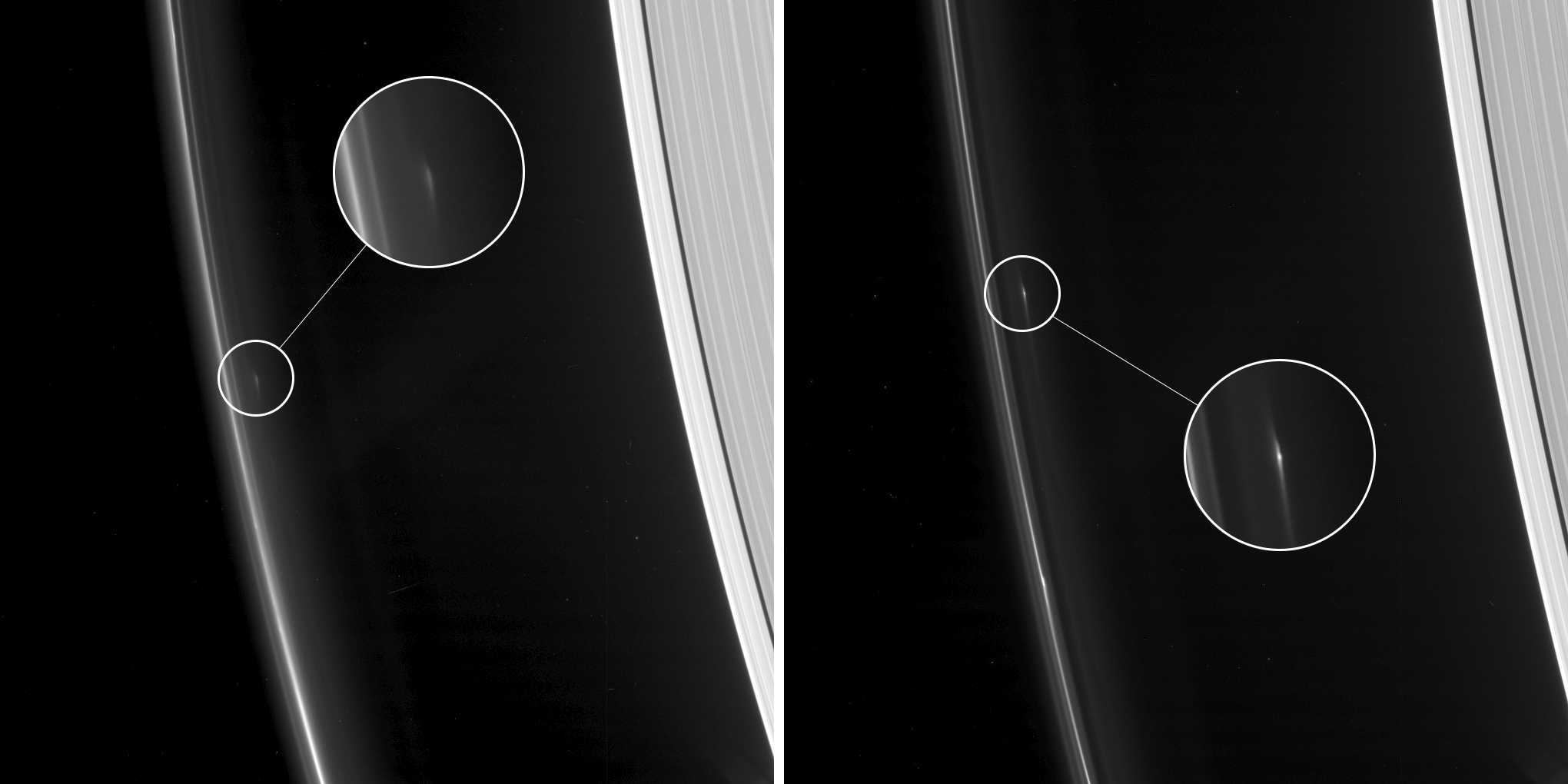 About large objects inside one of the outer rings of Saturn, NASA said. The pictures were taken during an overflight of the probe “Cassini” at a distance of approximately 8.7 thousand km from the surface of the gas giant. They, in particular, are seen unusually large structure: they now have informal names F16QA and F16QB. According to scientists, these objects are fragments of asteroids or other rocky objects, the diameter of which can reach several hundred meters.

Something similar previously, you had to see the rings of Saturn, however, such objects very quickly or left of the ring, or was destroyed by the gravitation of the moons of a giant planet inside of rings or near them. If F16QA and F16QB be able to survive a meeting with one of these moons, they can completely change the appearance of the F ring, covering it in a complex pattern of “flows” of dust, which will be intertwined with each other gravitational interaction.

It should be noted that the objects F16QA and F16QB were opened in 2016, but now, after receiving new images, they have attracted special attention of the scientific world. Further research may allow more to say about these “neighbors” of Saturn.

Saturn is the sixth planet from the Sun and the second system of its size (after Jupiter). Saturn – a gas giant, so the probability of there being life is very low. However, the same cannot be said about the satellites of the planets, such as Enceladus.

Planet Saturn famous for its rings. It is believed that they were formed after the destruction of the “embryo” of the planet, which approached the gas giant too close, and then it ripped of tidal power.

We will remind, recently it was reported that the interplanetary station “Cassini” has made the most detailed images of the outer rings of Saturn.