In the rings of Saturn found “the bricks of life” 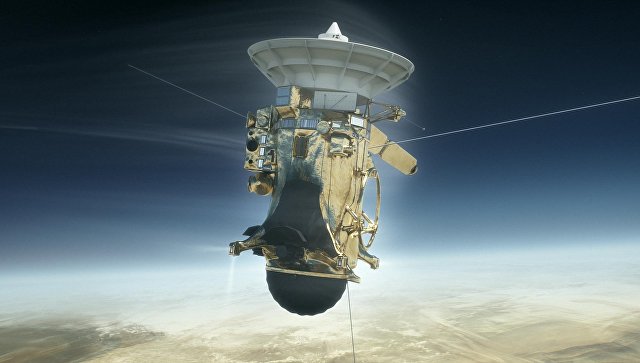 The latest data transmitted by Cassini to Earth indicate that the rings of Saturn are similar in composition to the matter of comets and contain huge amounts of potential “life blocks”, said NASA representative speaking at the 3MS planetary conference at IKI RAS.

“Our instruments were not designed to work in conditions where the Cassini was moving at a speed of 31 thousand kilometers per hour.” Nevertheless, we were able to obtain some data on the composition of the planet and the properties of its ionosphere, and they show that the upper atmosphere Saturn and the matter of the rings that feeds them contain a whole “zoo” of organic matter, similar in composition to the matter of comets, “said Hunter Waite of the Southwest Research Institute in Boulder, USA.

His last moments of life, as White told before the death of the probe, “Cassini” spent in a special zone of the Saturnian atmosphere, where there is an exotic “rain” of microdrops of water and dust particles, gradually falling on Saturn from the nearest to it rings.

Traces of this rain, according to the scientist, were found in the spectrum of the atmosphere of Saturn in 1980 by Voyager probes, but before the fall of Cassini astronomers were not sure that this continuous flow of dust and water is generated by rings, then internal processes in the bowels of the “lord of the rings”. The last dive “Cassini”, as White notes, proved this and discovered something new, to which scientists were not ready.

When the “Cassini” was immersed in the atmosphere of Saturn, scientists expected to see only simple molecules – hydrogen, helium, methane, ammonia and nitrogen. In fact, Cassini’s spectrometers and other sensors have documented the presence of an infinite number of very complex organics – dozens of species of unsaturated and aromatic hydrocarbons, alcohols, formic acid and a number of other potential “life blocks”.

Their source, as shown by changes in their concentration as the “Cassini” sank into the lower atmosphere, were the rings of Saturn – the farther the probe fell, the fewer organics saw its instruments.

Comparing their concentrations at different heights, White and his colleagues came to an unexpected conclusion – Saturn’s rings contain a huge amount of organic matter, and they are almost identical in chemical and isotopic composition of the matter of comets, which, as Fila recently discovered, was about half from organic compounds.

When this organic matter falls on Saturn, it partially disintegrates and begins to enter into a variety of reactions, which makes it even more diverse. As the scientist notes, the atmosphere of Saturn, supposedly “simple” planet, was much richer than the chemical composition of the gassers of Enceladus and the atmosphere of Titan.

Further analysis of these data, as the planetologist hopes, will help NASA scientists understand how the near rings of Saturn originated and how the “rains” generated by them affect the behavior of the atmosphere of the giant planet. In addition, scientists hope that the information received by “Cassini” in the last moments of life will help us to look into the lower layers of Saturn and understand how this planet originated.