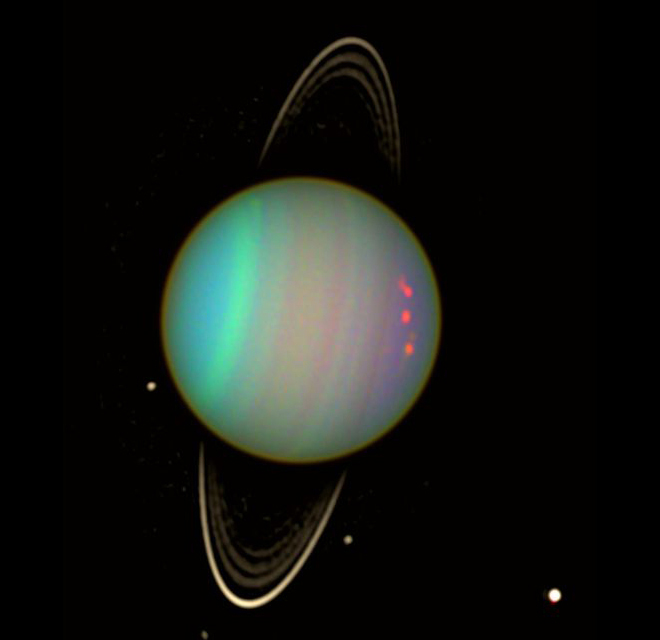 Scientists from the University of Idaho (USA) reviewed data collected by the device “Voyager 2” during the flyby of Uranus in 1986, and found in them signs of the presence of two small satellites, hidden in its rings.

As you know, Uranus has a dark narrow ring, but 27 moons, many of which were open because of the mission of Voyager. In accordance with the report Rob, Cansia and Matthew Hedman, during analysis of the data, they found oscillations in the two rings of the planet, which may be indicative of gravitational effects emanating from two small moons.

“These fluctuations can result from two satellites orbiting around the outside of the rings. Apparently, they are dark and very small,” the report says.
Mark Showalter of the SETI Institute in mountain view (California, USA) supported the opening, noting that it seems to be true.

In his opinion, in the rings of Uranus can hide a small moon. The scientist plans to conduct its own monitoring of the surroundings of the planet using the space telescope “Hubble”.