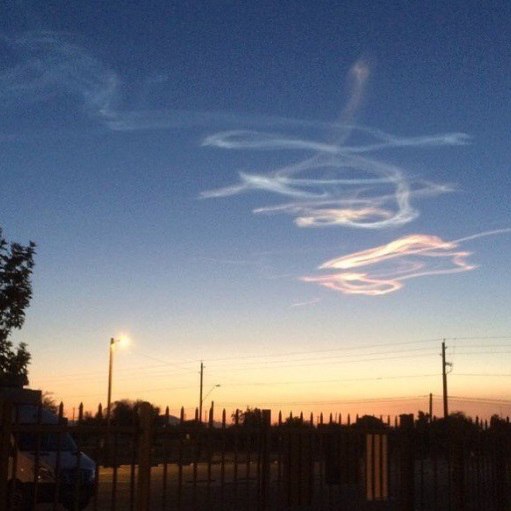 In the sky over the American state of Arizona burned down by a meteorite. A large object with a diameter of about three meters (mass tens of tons) entered the atmosphere of the Earth is about 3.56 on Thursday (13.56 GMT) against Arizona.

As have informed in NASA, the celestial body moving at a speed of about 64.7 thousand kilometers per hour (18 kilometers per second), and its kinetic energy was about 10 kilotons.

It should be noted that once the object is burned in the dense layers of the atmosphere, it left behind a bizarre contrail in the sky. Perhaps these lines left the ruins of the collapsed heavenly guest.