In the Solar system besides Planets can exist 9 planet 10 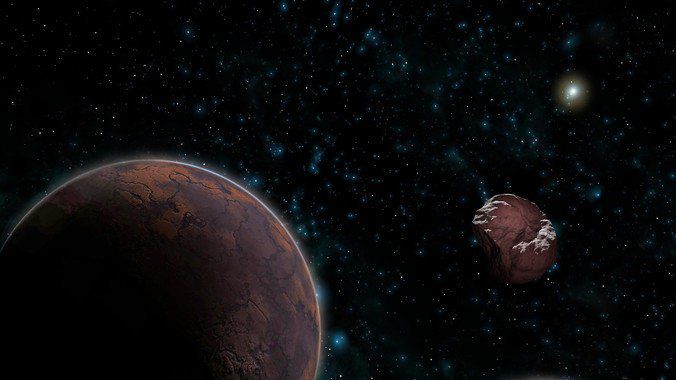 In an attempt to open the mathematically predicted Ninth planet of the Solar system, scientists around the world are trying to calculate its orbit using for calculations the traces left by small celestial bodies moving outside the orbit of Neptune. Today astronomers from Spain and the University of Cambridge, United Kingdom, confirmed the new calculations that the orbits of the six extreme transneuronix objects, which at the time served as the basis for declaring the existence of Planet 9, not as stable as expected.

In the new study, astronomers Carlos and Raul de La Fuente Marcos from Spain together with Sverre J. Aartyom from the Institute of astronomy, University of Cambridge tried to answer the question: how to change the orbits of these six extreme transneuronix objects, in the case 9 if the planet really exists?

“Entering into the mathematical model of the orbital parameters calculated by astronomers from the California Institute of technology for the Planet 9, we got these six extreme transneuronix objects will move along the elongated, unstable orbits,” – said Carlos de La Fuente Marcos.

According to the results of this new study, the proposed orbit of the Planet 9 should be adapted somewhat. In addition, the results of numerical simulations carried out by the authors, indicate that the more stable the Solar system is the configuration with not one but several planets located far beyond the orbit of Neptune and in mutual orbital resonance.

“We believe that in addition to the 9 Planets in our planetary system can be planet 10, and perhaps even planet 11” – sums up the Spanish astronomer.