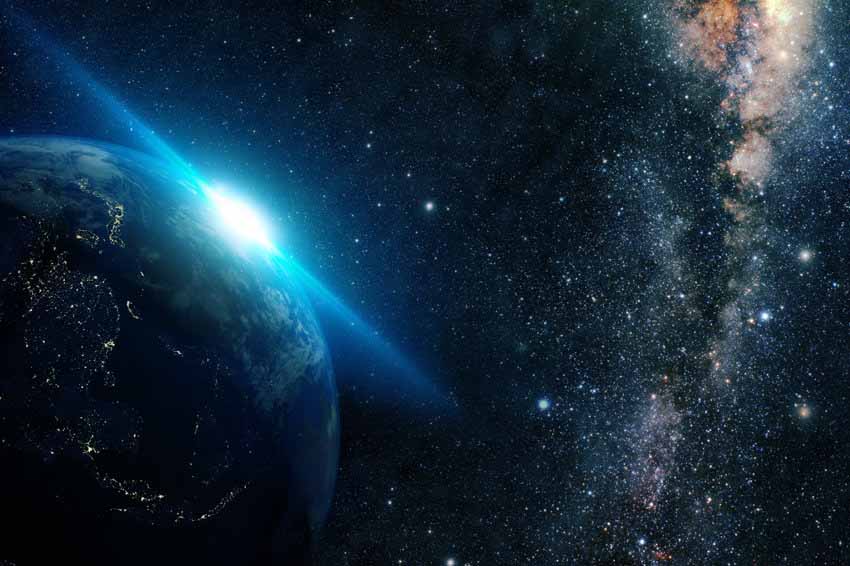 In the Solar system discovered x-rays, which emits an unknown source and it was a real mystery for astrophysicists. The science was already known two sources of x-rays, which was considered the solar wind and the Local bubble, the so-called area of rarefied hot gas inside the sleeve of Orion in our galaxy. But new data obtained during the last experiment showed that science do not know everything.

In 2012, NASA launched a sounding rocket DXL through dense helium flow, to understand the origin of x-rays in space. Assembled rocket information was very unexpected. For processing all the received data, the scientists took several years and finally was officially published the results of these studies in the latest issue of the Astrophysical Journal.

Analysis of the obtained in the experiment data showed that 40% of the fixed missile x-rays emanate from solar wind, and the remaining 60% theoretically was supposed to come from the Local bubble, but this was not the case. It turned out that a large portion of the high-energy rays is unknown to the science object.

The temperature in the Local bubble is not high enough for the emission of x-rays at high energies. At the moment the question of their source is open, say the study authors.

Scientists say that this unexpected discovery is important for understanding the structure surrounding the Solar system. Our earth’s atmosphere blocks most cosmic x-rays and if it were not for the data obtained during this experiment, scientists did not know that there is an unknown object emitting x-rays…