In the Solar system found a new dwarf planet 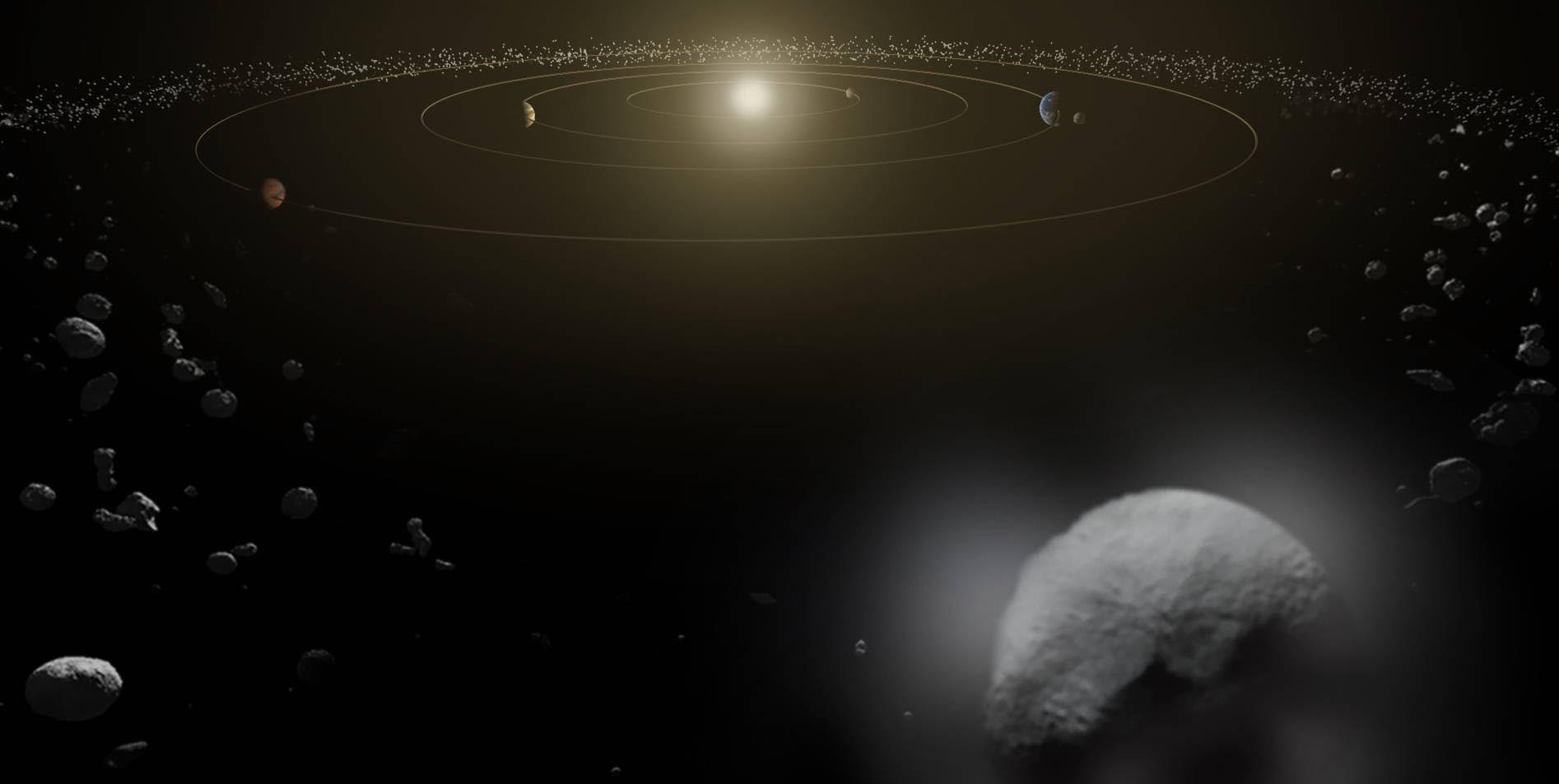 Ceres, Pluto, Eris, Haumea and Makemake – the first five recognized dwarf planets in the Solar system – a new companion – 2014 UZ224. To detect TRANS-Neptunian object could a group of students from the University of Michigan under the guidance of astrophysicist David Gerdes.

Dwarf planet 2014 UZ224 is located at a distance of about 13 billion km from the Sun. In diameter it reaches 420-1180 kilometers. A complete revolution around the celestial body makes in 1136.

According to the definition by the International astronomical Union, dwarf planets are celestial bodies that are turning in orbit around the Sun and have sufficient mass to under the forces of gravity to maintain hydrostatic equilibrium and to have a close to spherical shape, however, they are not satellites of the planets, and are unable to clear the area of its orbit from other objects.

Scientists say that the object 2014 UZ224 located on the orbit in the scattered disk, a remote region of the Solar system that is populated by a small number of icy celestial bodies. Near to the sun boundary of this area came from the Kuiper belt, which begins beyond the orbit of Neptune.

In 2006, Pluto was deprived of the status of a “full” planet and enrolled him in the ranks of the “dwarfs”. This was done in connection with the discovery of many new objects in the outer part of the Solar system, which have redefined the term “planet”. Today, some scientists believe that Pluto should be reclassified back to the planet.