In the Sun all spots were gone. What does it threaten with? 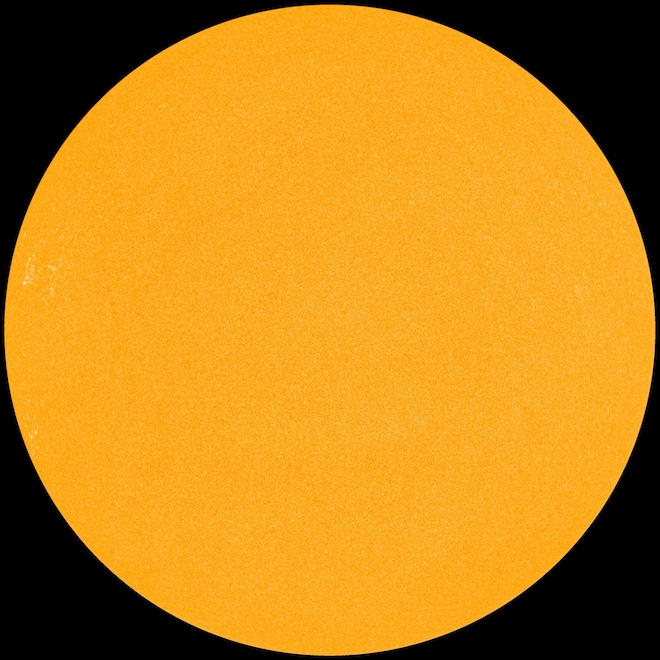 It occurs again — the quantity of spots to the Sun is reduced to zero. The day before yesterday the group of solar spots AR2597 has disappeared, having left a surface of a star pure. In a yesterday’s picture of the Sun which was made by Observatory of solar dynamics of NASA there were no considerable dark kernels.

Solar spots are areas of an exit of strong magnetic fields to the photosphere of the Sun. On a solar disk they are visible in the form of dark stains. Their temperature is about 1500 kelvins lower than other sites of the photosphere.

On Monday, October 3, on a visible disk of a star there was a spot of AR2598 which, however, has the simple magnetic field which isn’t providing threat of strong flashes. 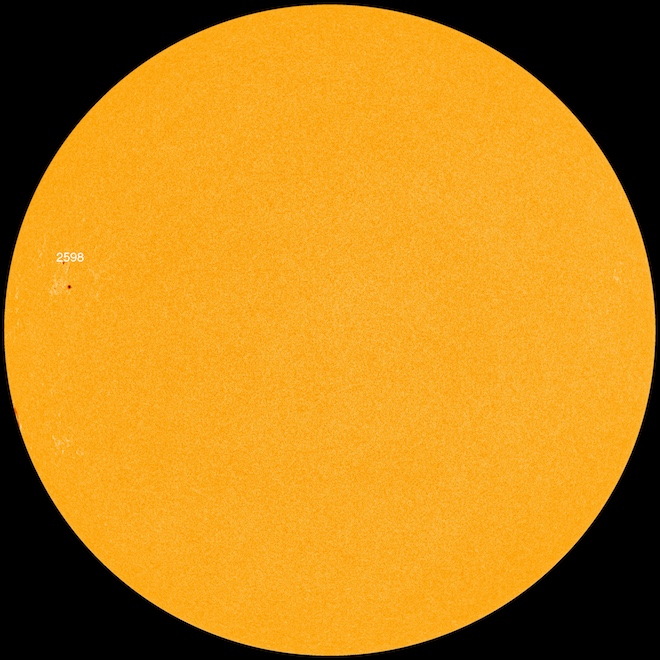 What does it mean? Why spots vanish?
The pure Sun marks approach of a minimum of solar activity. A cycle of solar spots — as the pendulum shaking to and fro with the period of 11-12 years. Right now the pendulum is close to small number of solar spots. Experts expect that the cycle will reach a minimum in 2019-2020. From a present situation to that time we a lot more time will see absolutely spotless sun. At first the periods without spots will be measured in the days, later — weeks and months. The current interval without spots — the fourth in 2016.

What is a 11-year cycle of activity?
Eleven-year cycle, also called cycle Schwab or a cycle Schwab-Wolf — it is noticeable the expressed cycle of solar activity lasting about 11 years. He is characterized quite bystry (approximately for 4 years) by increase in number of solar spots, and then slower (about 7 years), his reduction. Length of a cycle isn’t equal strictly to 11 years: in the 18-20th centuries its length made 7–17 years, and in the 20th century — about 10,5 years.

What is Wolf’s number?
Wolf’s number is the indicator of solar activity offered by the Swiss astronomer Rudolf Wolfe. He isn’t equal to number of the spots observed at present in the Sun, and is found on a formula:

g — the number of observed groups of spots;

k — the coefficient which is removed for each telescope by means of which observations are made.

Today Wolf’s number is equal to 13. 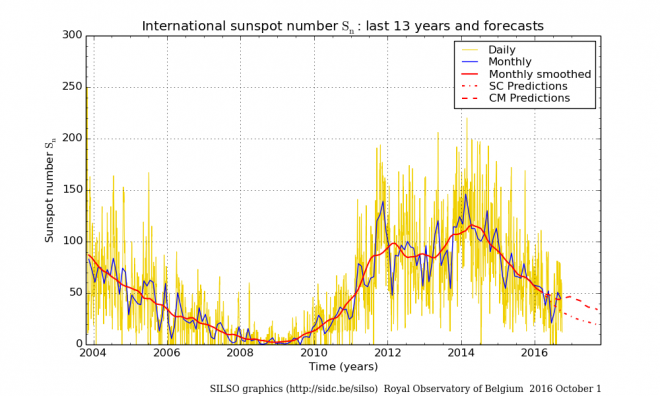 The schedule of number of Wolf since 2004 (red lines have shown the forecasts received by various methods).

As the number of solar flashes decreases during a minimum of solar activity, many people think that space weather comes to naught. It’s not true. The minimum of solar activity brings many interesting changes. For example, when development of extreme ultraviolet by the Sun decreases, the upper atmosphere of Earth is cooled and contracts. It allows space debris to gather around our planet.
Also the heliosphere is reduced, bringing interstellar space is closer to Earth. Galactic cosmic rays get into an internal Solar system rather easily. In the atmosphere of Earth there are already certificates of increase in radiation that can be of interest to astronauts and those who fly by plane.
On the image the schedule of increase in ionizing radiation is given in a stratosphere, constructed by the Earth to Sky Calculus organization below. 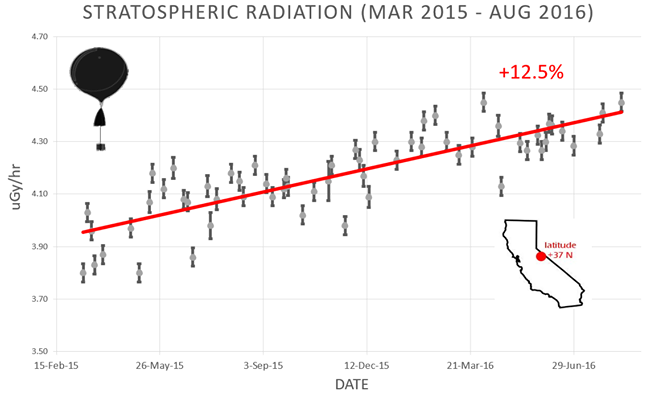 The schedule constructed by means of data from the detector of neutrons at Oulu University (Finland):