In the Sun there was a huge coronal hole 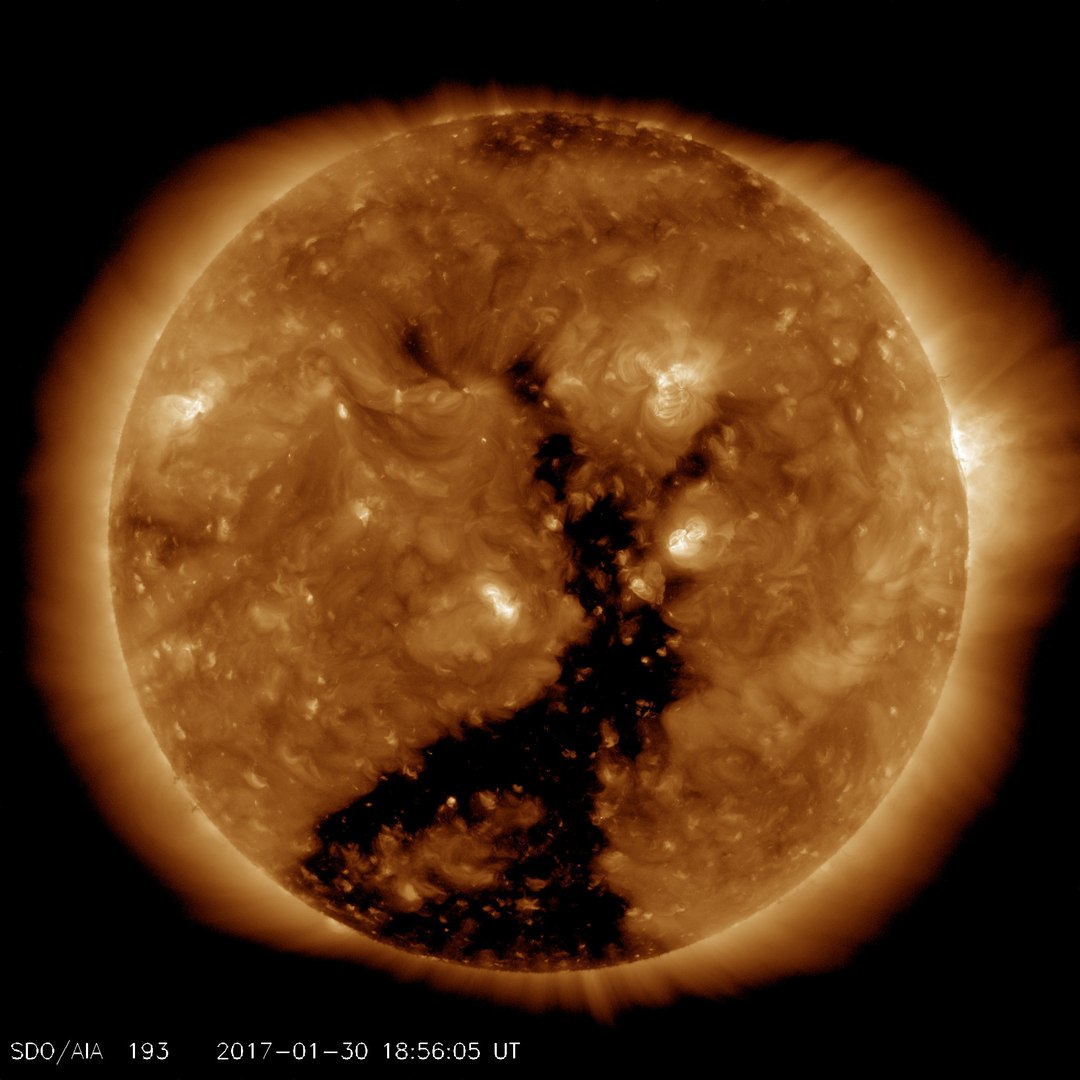 In the atmosphere of the Sun appeared a huge hole. From it towards the Earth directs the flow of the solar wind. Observatory of the dynamics of the Sun NASA has published a picture, which depicted a structure that stretches over more than half of the surface of the Sun.

This phenomenon — the so-called “coronal hole” — a region where open magnetic field of the Sun, allowing the solar wind to escape. Spacecraft NASA “STEREO” recently managed to take samples of the flux emitted from this hole.

It is noteworthy that the flow rate was very high and amounted to 750 kilometers per second. Scientists believe that this powerful stream would likely cause Arctic auroras. It is assumed that the solar wind will reach Earth on 1 February.

Although the action may play out before the stream gets to our planet. Meteorologists of the National oceanic and atmospheric administration said that the likelihood of geomagnetic storms is 65 percent, 31 January, at a time when the Earth crosses the region of the heliospheric current layer.

Many have not heard about what constitutes a heliospheric current layer, although this is one of the biggest phenomena in the Solar system: an extensive multi-system electric currents having the shape of a tutu. The earth periodically falls under the influence of this field and out of it. These transitions are referred to as “solar sector boundary crossings”, and can be the cause of large-scale auroras.