In the TRAPPIST-1 system, life could be transferred between planets 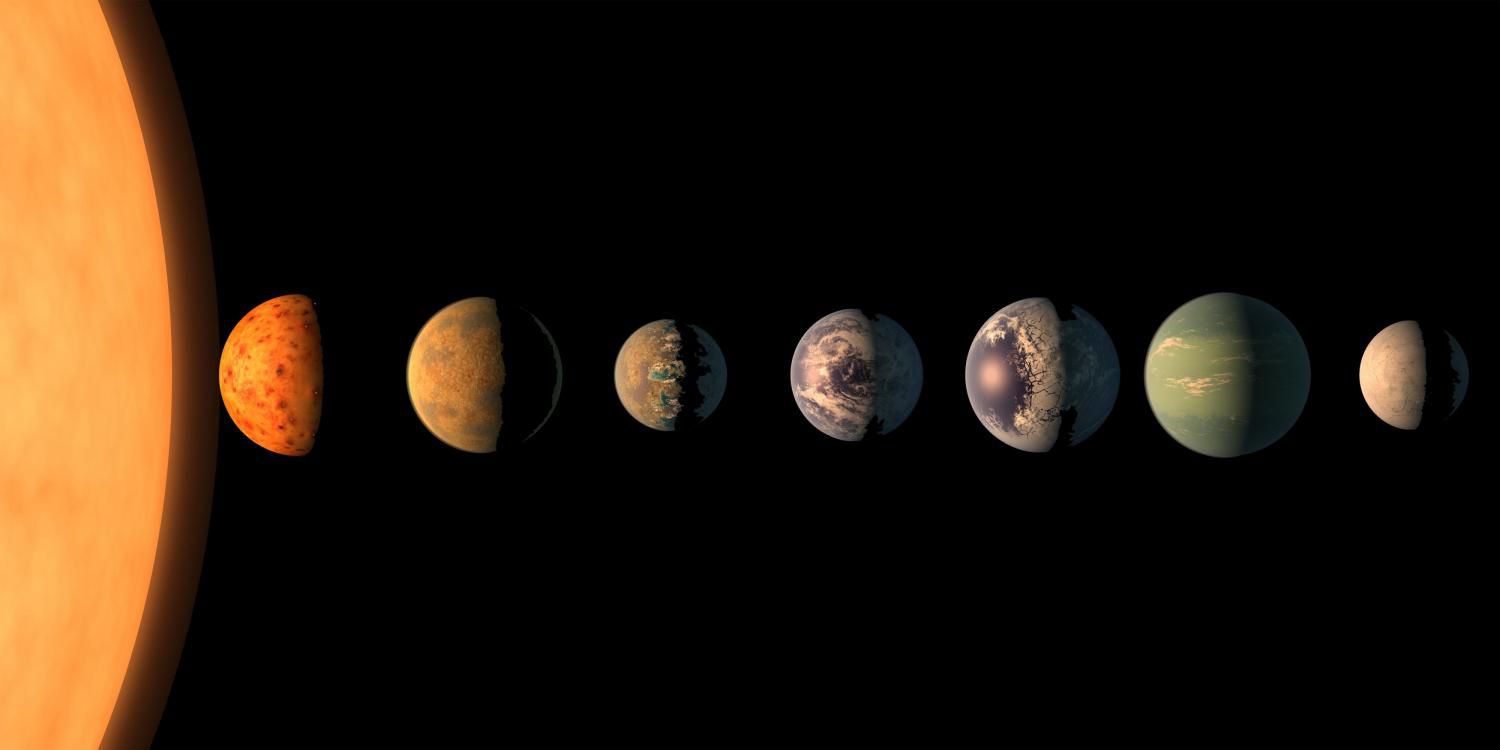 After NASA announced in February about the discovery of a planetary system of seven planets – three of which were classified as potentially inhabited – a researcher with a doctoral degree from the University of Chicago, Sebastiaan Krijt wondered whether it was possible Life, hypothetically born on one of the planets of the system, be transferred together with cosmic fragments to another of these planets?

In a new study, Kryth and his colleagues at the University of Chicago come to the conclusion that life forms, such as bacteria or unicellular organisms, can be transferred from one planet to another within the boundaries of the newly discovered planetary system TRAPPIST-1, an unusual planetary system that represents A promising new place for the search for extraterrestrial life in the Milky Way galaxy.

“The frequent exchange of material between neighboring planets in this densely packed system seems quite plausible,” said Kriitt, ​​the principal author of the new study. “If this material contained life forms, then they could be transferred in this way from one planet to another.”

For this to happen, an asteroid or a comet had to crash into the surface of one of the planets, and the material ejected as a result of the collision had to have a sufficiently high speed to leave the effective limits of the planet’s gravitational field, but not so high as to threaten the safety of the located on it Life forms. In the course of the study, the scientists conducted several simulations of the TRAPPIST-1 system and found that this process could occur over a period not longer than 10 years. The bulk of the pieces of material carried between planets that were large enough to be able to withstand the effects of cosmic radiation during such a transfer had a speed slightly higher than the second cosmic velocity for these planets, the authors summarize.