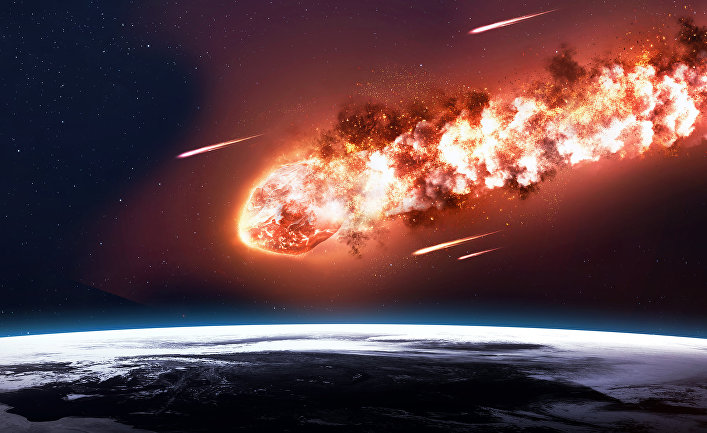 The US government has developed a new plan of action, designed to enhance the protection of the Earth from asteroids, which may pose a danger to it. On Wednesday, this 20-page document was published by a special interdepartmental working group, created earlier by the National Council on Space and Technologies, which operates under the White House.

Introducing the new strategy to journalists, Aaron Miles from the White House administration on issues of science and space exploration, assured that experts of the US administration consider the probability of a catastrophic collision of any celestial body with the Earth very low. “Fortunately, destructive events of this type are extremely rare,” Miles said.

As he noted, the staff of the US National Aeronautics and Space Administration (NASA), together with colleagues from other American agencies and non-governmental experts, “identified more than 95% of all asteroids that are so large that they can cause a global catastrophe” in the event of a collision with our planet. “None of the [asteroids] discovered poses a threat in the current century,” Miles stressed.

The working group tracks comets and asteroids that pass at a considered close distance within 48 million km from the Earth. According to the group, as of June 18, there were 18,310 such facilities. And those experts who can fly at a potentially dangerous distance, the American experts counted more than 1885. The diameter of 57 of them is more than 1 km.

“NASA is confident that it has discovered and cataloged all of the large asteroids in the vicinity of the Earth, capable of causing significant damage worldwide.” The Office also determined that they are not on the collision course with the Earth, but there is a chance that large comets can affect Earth, and the timing of warning [of this danger] will be just a few months, “the report said.

In the document, the US government sets five “strategic goals” such as improving technologies and methods for detecting potentially dangerous asteroids and repelling such a threat, strengthening international cooperation for this purpose, working out options for actions in the event of catastrophic collision of celestial bodies with the Earth. The authors of the plan illustrate the potential danger primarily by references to the fall of the Tunguska meteorite in 1908 and the explosion of an asteroid in the vicinity of Chelyabinsk in 2013.