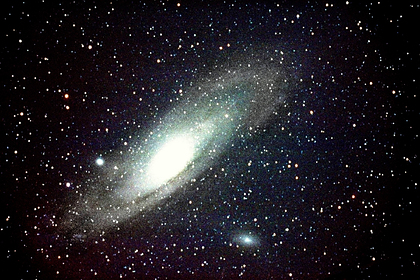 Scientists at the University of New South Wales in Australia have discovered deviations from one of the fundamental physical constants, called the fine structure constant. It characterizes the strength of the electromagnetic interaction and determines the formation of the fine structure of the atom. The results of the study, which indicate the existence in the Universe of the axis of violation of the laws of physics, are published in the journal Science Advances.

Astronomers have analyzed the electromagnetic radiation emitted by a quasar, which is located 13 billion light-years from Earth. The data obtained were used for four measurements of the fine structure constant, a dimensionless quantity formed by a combination of parameters such as the speed of light, Planck’s constant, and electron charge. It characterizes the splitting of the spectral lines (energy levels) of an atom, which occurs due to spin-orbit interaction and relativistic effects superimposed on the motion of an electron.

Although individually the measurements did not confirm the violation of the constant, but in combination with the data obtained from the observation of other quasars, they showed that differences in the fine structure constant do exist. This confirms the idea that the Universe is actually not isotropic, that is, in it there actually exists a distinguished direction in which the laws of physics change.

According to scientists, in one direction the electromagnetic interaction is amplified, in the opposite direction it is reduced, and in all others it remains unchanged. In other words, the universe has the equivalent of north and south. However, the researchers make an unlikely measurement error.

The results will help explain why the universe has characteristics that contribute to the emergence of life. If the existence of the selected direction is finally confirmed, then the concepts that underlie modern physics will require revision.