Incredible picture of the Martian surface from NASA 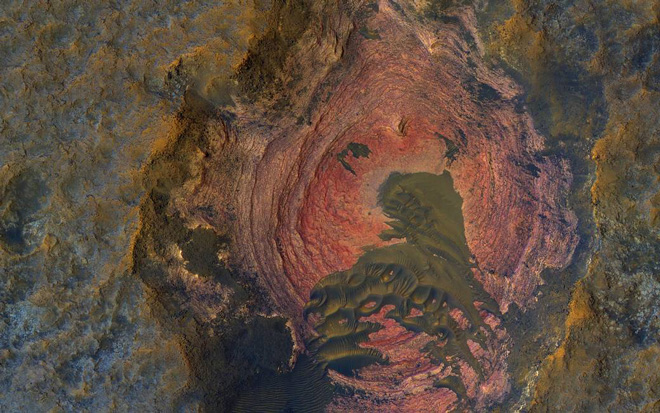 A large part of the surface of Mars is covered by fine-grained materials, under which lurk in the bedrock. But there are places where the bedrock came to the surface and are perfectly visible from the heights. In this picture captured one of those “naked” reliefs, only partly covered by sand dunes.

Color increases toward the center of the pit with a detailed red layers. Presented image is a stereo pair so that you can make it more realistic Martian landscape, wearing 3D glasses.

The projected scale of 25 centimeters per pixel. The original image scale 26.7 cm per pixel.